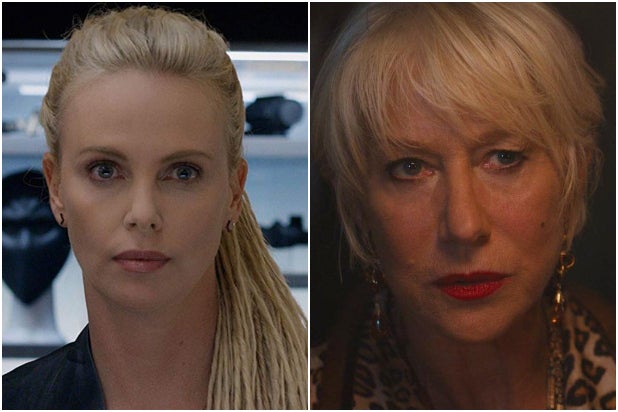 Charlize Theron and Helen Mirren are strapping back into the “Fast & Furious” franchise, with franchise star Vin Diesel saying Monday that the two Oscar-winning actresses are on set for “Fast & Furious 9.”

The ninth entry is currently filming in London, and Diesel teased the new cast additions in an Instagram post.

“We’ve got a lot of the original cast here, including Oscar winners like Charlize Theron and Helen Mirren, including John Cena, who I believe is going to completely shine in this movie,” Diesel said.

Cena was previously reported as the newest addition to the all-star action cast for “Fast & Furious 9,” but Theron and Mirren making their returns comes as a surprise. Theron joined the franchise during 2017’s “Fate of the Furious” as the cyberterrorist Cipher, who managed to get Dom (Diesel) to betray his family and do her bidding.

Mirren also made a cameo in that film as the mother to Deckard (Jason Statham) and Owen Shaw (Luke Evans), and she’ll also have a more prominent role in the “Fast & Furious” spinoff “Hobbs and Shaw” arriving later this summer.

Justin Lin is also returning to the franchise to direct “Fast & Furious 9” from a script by Dan Casey, which will speed into theaters on May 22, 2020.