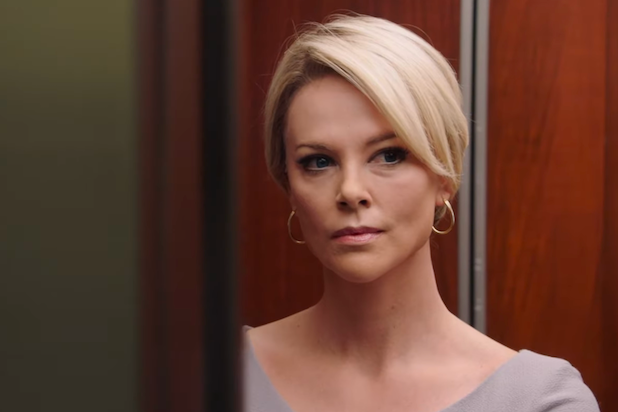 Charlize Theron isn’t just “grateful” to the Academy for recognizing the work she did on “Bombshell.” Theron also said she was incredibly moved to get a positive review from the very woman she portrayed for her Oscar-nominated performance: Megyn Kelly.

“We were all incredibly moved,” Theron told TheWrap following her Oscar nomination. “It was definitely something, we were all, all of us, the producers, the filmmakers, the entire crew, we worked incredibly hard to be as accurate as we possibly could, and to see that video it was incredibly emotional for all of us. And then it felt very validating.”

Kelly revealed in a December Instagram post that she had finally seen “Bombshell” and called it an “incredibly emotional experience.” However, on her YouTube channel Friday, it became clear how deeply she was affected by the film.

Also Read: Megyn Kelly Says She Twirled at Roger Ailes' Request: 'God Help Me, I Did It'

Kelly watched the film and reacted to it along with former Fox News employees Juliet Huddy, Rudi Bakhtiar and Julie Zann, as well as her husband Doug Brunt (played in “Bombshell” by Mark Duplass). The panel agreed that “Bombshell” captured what it felt like to be harassed, specifically within Fox News and by Roger Ailes. And after seeing their response, Theron said their words were moving and “validating” for herself and all of the filmmakers.

“How powerful it felt that they acknowledged that they felt that the essence of this film really represented how it felt to work there and be sexually harassed there,” Theron said. “And that was ultimately what we wanted to get right. For us, that felt very validating.”

That said, Kelly said that director Jay Roach and screenwriter Charles Randolph did take some liberties with the material and even got some facts wrong. And the panel added that it was “surreal” to watch a movie told about their experience in which they had no involvement. But Kelly admitted that she did in fact twirl or spin at Ailes’ request, as it’s shown in the film.

Theron didn’t have time to get into the specifics of what Kelly said were inaccuracies in the film except to say that she as a producer and the rest of the cast and crew worked incredibly hard to get every detail right.

Theron’s nomination was one of three “Bombshell” took home on Monday morning, including another for Margot Robbie for Best Supporting Actress and one for Best Makeup and Hairstyling. Theron added that her nomination is meant for the “whole army” behind her and hopes that the nominations can inspire more people to see an important film.

“This movie really is important. I believe that in every part of my body. These stories especially, what happened to the women in Fox, and really to all the women out there who have experienced harassment in the workplace, I do feel like it’s so timely and there’s this catharsis happening around this film that’s just so powerful to witness,” Theron said. “If this makes anyone want to go see this movie a little more, I’m glad to see that.”