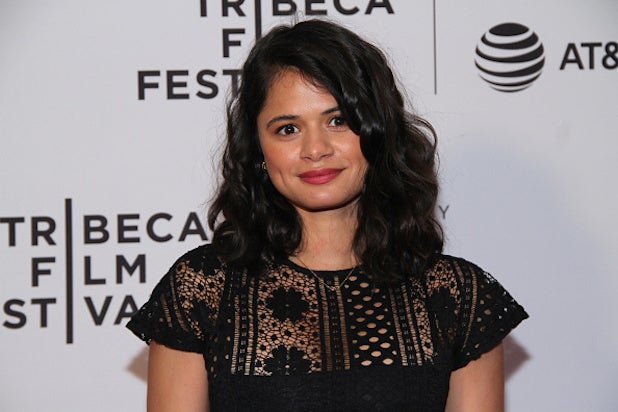 The “Charmed” reboot has grabbed its first member of the new Power of Three.

Diaz will play Mel, a passionate, outspoken activist who loses her way in the wake of family tragedy.

Diaz starred in 2013’s “Fruitvale Staton” opposite Michael B. Jordan, a film based on the true story of 22-year-old Oscar Grant III, who was shot and killed by San Francisco-area transit cops in the wee hours of New Year’s Day 2009.

Her other credits include “The Belko Experiment,” the upcoming film “The First Purge,” and TV shows like “The Breaks,” “Room 104,” and “Elementary.”

Diaz is represented by Thruline Entertainment, The Gersh Agency, and Morris Yorn.

The “Charmed” reboot, which was originally developed last cycle and passed on by the network, is described as a “fierce, funny, feminist reboot of the original series” and will center on three sisters in a college town who discover they are witches.

“Jane the Virgin” creator Jennie Urman will executive produce and has a story credit on the pilot, written by “Jane” alums Jessica O’Toole and Amy Rardin. Ben Silverman and director Brad Silberling will also serve as executive producers on the pilot from CBS Television Studios.

The pilot is a retool of the Aaron Spelling series starring Holly Marie Combs, Alyssa Milano, Shannen Doherty and Rose McGowan, which ran on The WB, now The CW, from 1998-2006.