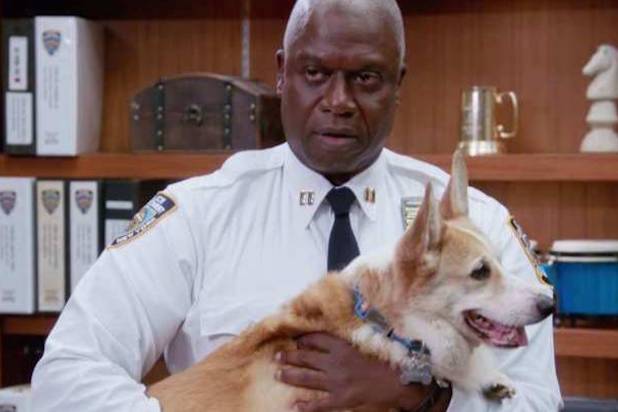 The Nine Nine lost a squad member this week: Stewart, the corgi who played Captain Raymond Holt’s dog Cheddar on “Brooklyn Nine-Nine,” has died. He was 13.

“We went to the beach (his favorite place) where he frolicked in the surf and then enjoyed a picnic lunch of In-N-Out burgers,” the post says. “We relaxed in the sun and just enjoyed each other’s company. Our veterinarian met us there later and Stewart went to sleep peacefully in my arms while listening to the sounds of the ocean. He was a one in a million kind of dog, he was my supaah staah.”

A few different dogs have played the role of Cheddar — whom Holt (Andre Braugher) will tell you is “no common bitch” — since “Brooklyn Nine-Nine” premiered in 2013, but Stewart held the part the longest.

As the pet of Holt and his husband Kevin (Marc Evan Jackson), Cheddar has proved himself a pivotal, honorary member of the 99th precinct on several occasions, including a few Halloween heists and Jake (Andy Samberg) and Amy’s (Melissa Fumero) wedding, where he served as the last-minute ring bearer.