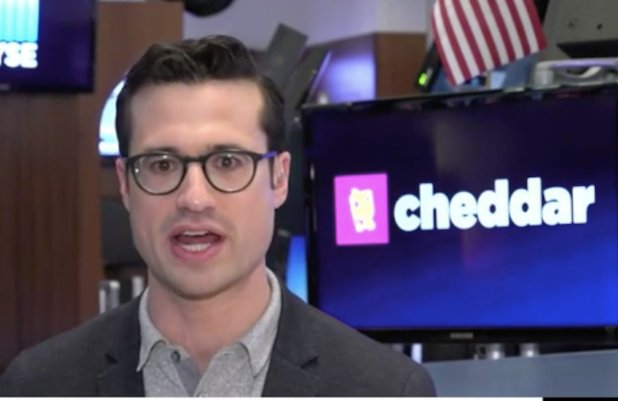 Cheddar, the “post-cable” digital news channel with an emphasis on tech and business news, has raised $22 million to fund international expansion and add a Snapchat channel, the company announced on Monday.

The channel’s fourth round of funding, led by Raine Ventures, values the company at $160 million — a jump from its previous $85 million valuation. Since launching in early 2016, Cheddar had raised $32 million from investors like AT&T and Amazon.

“I’m thrilled to welcome this group of leading global media powerhouses into Cheddar,” said Jon Steinberg in a blog post.  “We are strengthening our already robust balance sheet with capital that we can use to bring our Post Cable Networks to Europe and beyond. We own all of our IP and now is the time to monetize this asset globally.”

With its quick hit videos, Cheddar has looked to target cord-cutting millennials and Gen Z’ers. It’ll look to draw those same eyeballs on Snapchat next month when it launches its new Discover channel.

Cheddar has shifted from a subscription model to an advertising to drive revenue growth. The company has already netted $18 million in revenue this year, according to the Wall Street Journal, with 95 percent stemming from ads.

“In the past year, we at Raine have only deepened our conviction around the rise of brand-first new media companies,” said Gordon Rubenstein, Managing Partner of Raine Ventures, in a statement. “Cheddar has been the poster child for creating distinctive, high quality original content with its scoops, interviews, live broadcast innovations, distribution deals, and ad products. It is the prototypical Raine company and we are thrilled to support Cheddar in its next phase of growth.”

Goldman Sachs, 7 Global Capital, and Dentsu Ventures also participated in the funding round.