Cheddar CEO Jon Steinberg has announced a plan to disrupt broadcast cable by taking another slice of the TV-network-playbook: bundling its product with Hulu Live TV and YouTube TV.

In partnership with Synacor — a technology that supports cross-network authentication for virtual multichannel video programming services — YouTube and Hulu customers paying for Live TV can now authenticate their subscriptions to access Cheddar’s site and soon to its connected TV apps, without paying for Cheddar’s $2.99 monthly fee. (They will still pay their regular fees for those services.)

It’s the latest move by Cheddar, which has used partnerships and diversified distribution to make the streaming network not only comparable to but competitive with broadcast news networks. 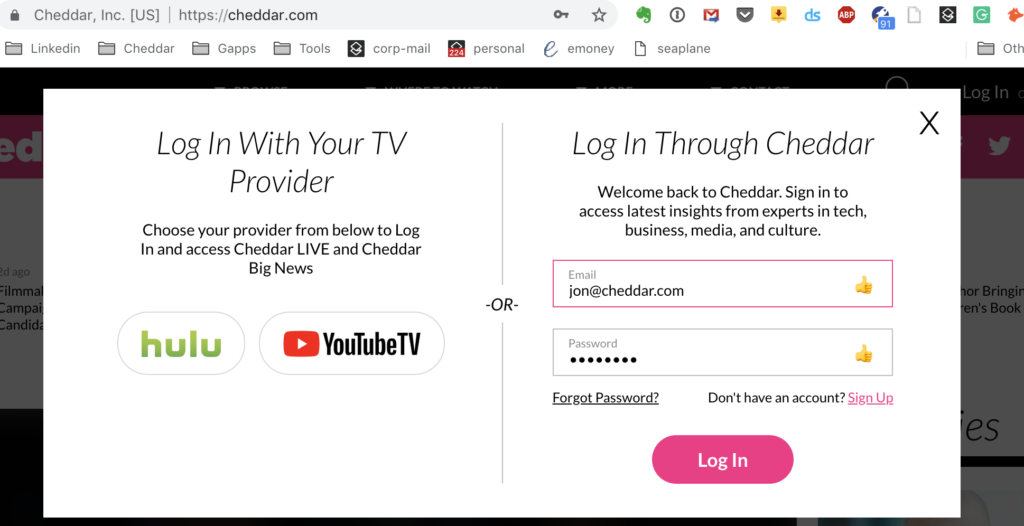 “We are always in base bundle, so this means all subscribers of these leading platforms can access [our programming],” Jon Steinberg, CEO of Cheddar, said in a statement.

It’s a strategy Steinberg hopes will catch wind with all of Cheddar’s subscribers “as quickly as they give [the streamer] the go to make this available to their subscribers.”

Comparatively, Cheddar’s price point is significantly less than both Hulu and YouTube TV.

If all three companies can cross-pollinate their audiences to gain greater wallet share, it’s a win-win-win.

For OTT companies like Cheddar, audience development and scale are crucial to securing longevity in a what’s currently a bearish market.

Jocelyn Johnson is the Director of Digital Video News and Membership at TheWrap, Jocelyn draws upon nearly 10 years as a serial entrepreneur of both services and venture-backed businesses in the entertainment industry, including VideoInk, which was acquired by TheWrap in August 2018.
x