Chelsea Handler knows that it’s been a busy week of revelations about the Jan. 6 insurrection. And while much of it has surrounded “Donald Trump’s totally psychotic behavior,” as she put it, that day, the “Jimmy Kimmel Live!” guest host turned her attention Wednesday to his wife, Melania Trump.

“We also got a glimpse at Melania’s awfulness,” Handler said of the ongoing Jan. 6 Committee hearings, citing a text message exchange between Melania Trump and her former chief of staff Stephanie Grisham. 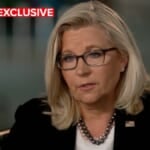 “[Grisham] tweeted a screen grab of an exchange they had during the attack on the Capitol. She texted to Melania: ‘Do you want to tweet that peaceful protests are the right of every American, but there is no place for lawlessness & violence?’ And Melanie wrote back: ‘No,'” Handler said, mocking the former first lady’s accented monotone. The guest host added such a response should “come as no surprise when you consider all of the terrible things Melanie has said yes to over the years.”

Handler proceeded to rattle them off: “She said yes to visiting an immigrant and child detention center wearing a jacket that said, ‘I really don’t care, do you?’ She said yes to plagiarizing Michelle Obama’s Convention speech. She said yes to the most idiotic slogan in first lady history: ‘Be best.’ She said yes to questioning the legitimacy of Obama’s birth certificate. And worst of all, she said yes to a proposal to Donald Trump – which is basically opting to go to a gold-plated prison and become a step mother to the four vampire children Donald Trump calls his children.”

The rest of Handler’s monologue saw her taking aim at other women she “despises” – among them Virginia Thomas, wife of Clarence Thomas, and Congresswoman Lauren Boebert.

“I don’t want you to think that I enjoy bashing women,” Handler clarified. “I only despise women who fall into one of three categories: They hate other women, they’re married to a man who hates women, or they’re a racist whose cover is being married to a Black person. Virginia Thomas is all three.”

Watch the full monologue in the video above. 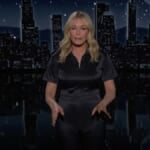 Also Read:
Chelsea Handler Has a Good Idea of How Trump Looked When He Freaked Out on His Driver (Video)