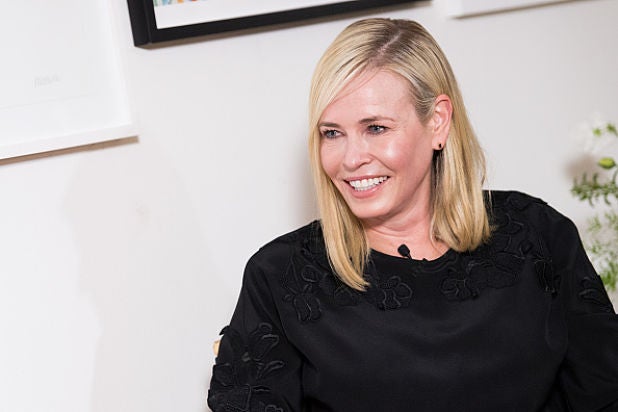 Chelsea Handler and Netflix are getting back together to talk about race.

The streamer’s former talk show host revealed during an interview with BuzzFeed on Sunday that she’s working on a new book and a Netflix series about white privilege. “I intend for it to be very funny and I intend to hang myself out to dry,” she said of the show. “I’m a perfect example of the American dream, if you’re white and borderline pretty.”

Handler announced she was leaving her show “Chelsea” last October to focus on political activism, which included speaking at universities and teaming up with EMILY’s List to support getting more Democratic women who are pro-abortion rights into office.

Netflix did not immediately respond to TheWrap‘s request for comment on Handler’s comments on a new series.

Handler expanded on her thoughts about race relations in America, saying, “Obama was elected and I was under the notion [that] racism is over in this country.”

Handler went on to say that if Hillary Clinton had won the 2016 presidential election, she doesn’t think the #MeToo and Time’s Up movements would have happened.

“I think that we all realize what’s at stake and so people are really willing to stick their necks out and fight,” Handler said. “It’s not just about fighting for yourself it’s about fighting for other people who don’t have the platforms to fight for themselves.”