Longtime “Dancing With the Stars” pro dancer Cheryl Burke may have hung up her tap shoes and samba heels while exiting from the competitive reality series, but she hasn’t yet closed the door on other ballroom opportunities.

Following the announcement of her exit as a dancer on Sunday, Burke expressed to Entertainment Tonight that she had interest in occupying a spot on the judging panel, now left vacant after this season’s other departure of Len Goodman. 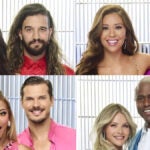 Also Read:
‘Dancing With the Stars’ Finale: Who Took Home the Mirrorball?

If Burke were to take up the judging mantle, she would follow in the footsteps of her former dancing peer-turned-judge Derek Hough, who danced on the series from 2007 through 2016 and joined the judge’s table in 2020 as a replacement for Goodman, who had to miss out on Season 29 as a result of the pandemic.

“I think the whole world knows at this point that I would definitely love to,” Burke told ET about the possibility of becoming a judge. “But it’s not up to me. What is up to me is my future, and I do know that it is time for me to evolve and see what else there is. Because there is life after ‘Dancing with the Stars,’ so I’ve heard. I don’t know yet. I’ll let you know.”

Burke’s final appearance on the reality TV series as a dancer took place Monday night, where she capped off a 26-season franchise run with a routine to “Copacabana” alongside fellow pro Louis Van Amstel. The dancer got visibly emotional after co-host Tyra Banks called her “a living legend,” and she expressed her thanks to fans in a heartfelt goodbye.

“Thank you for being my rock & foundation for close to two decades during the difficult moments & most of all, thank you for giving ballroom dancing the credit & attention it deserves,” she wrote in an Instagram post announcing her exit. “You have not only brought joy to millions upon millions of viewers every season, you have brought light & so much love into my heart & soul when I’ve needed it most.” 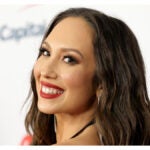