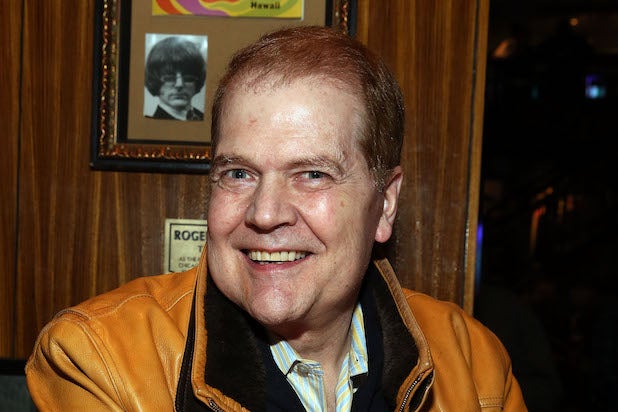 Chet Coppock, a Chicago-based sports broadcaster known locally as “The Godfather of Sports” in the 1980s, has died. He was 70.

His daughter, Lyndsey Coppock, said that Coppock died on Wednesday due to complications he sustained from injuries during a car accident in Hilton Head, South Carolina.

“His passing is untimely, unexpected and painfully sad, but all we can do at this time is remember how lucky we were to have such a unique and creative trailblazer help shape into the adults we know he was so incredibly proud of,” his daughter said on Facebook.

Coppock was a longtime sports personality in Chicago print, broadcast and radio. After getting his start in the ’70s producing the Milwaukee Bucks radio network, Coppock returned to Chicago and hosted the popular radio show “Coppock on Sports.” He was known for his catchphrase as listeners called into the program, “Your dime, your dance floor.” He was also a host in the ’80s on Chicago’s NBC5, and contributed to “The Mike Ditka Show,” “Rant and Rave” and emceed corporate sponsorship events for the Chicago Blackhawks.

Coppock was also the author of five books, with his fifth, “Chet Coppock: In Pursuit of Chet Coppock,” arriving in July 2018.

The Chicago Bears and Blackhawks released statements on the passing of Coppock.

“Our thoughts and prayers are with the Coppock family,” the Bears said in a tweet. “Chet was a sports media legend who was a staple at Bears games, having attended the last 68 home openers. His presence will be deeply missed.”

#Blackhawks President & CEO John McDonough has released the following statement on Chet Coppock, who passed away on Wednesday at the age of 70. pic.twitter.com/FDWroSVs4t

Our thoughts and prayers are with the Coppock family. Chet was a sports media legend who was a staple at Bears games, having attended the last 68 home openers. His presence will be deeply missed.

We lost our father, Chet Coppock, on April 17th due to complications from injuries he sustained in a car accident…