The first trailer for “Chevalier” is here, and it showcases a life of extreme musical talent – and extreme hardship.

The musical biopic from Searchlight Pictures will premiere in U.S. theaters on April 7, 2023.

Based on the true story of composer Joseph Bologne, Chevalier de Saint-Georges, the film stars Kelvin Harrison Jr. as the illegitimate son of an African slave and a French plantation owner, who—despite mounting bigotry and racism—rises to improbable heights in French society as a prodigy violinist, composter and fencer. But, a steamy affair with a French noblewoman and falling out with Marie Antoinette (Lucy Boynton) and her court ultimately leads to the Chevalier’s downfall.

In the trailer, we see Bologne’s formidable spirit shine, as he’s dropped off at a French academy by his father, who believes that his violin talents are too impressive to be wasted. He overcomes mounting bigotry and racism and finds a friend in Philippe (Alex Fitzalan) before gaining attention from King Louis VI and Queen Marie Antoinette (Lucy Boynton), who names him the Chevalier de Saint-Georges. 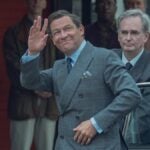 The trailer also shows the prodigy finding his place among French nobility, starting an affair with singer Marie-Josephine (Samara Weaving) and challenging Mozart to a violin battle in which he plays so well that he receives uproarious applause, all amid the rise of the French Revolution. 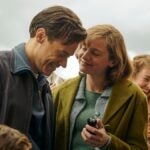