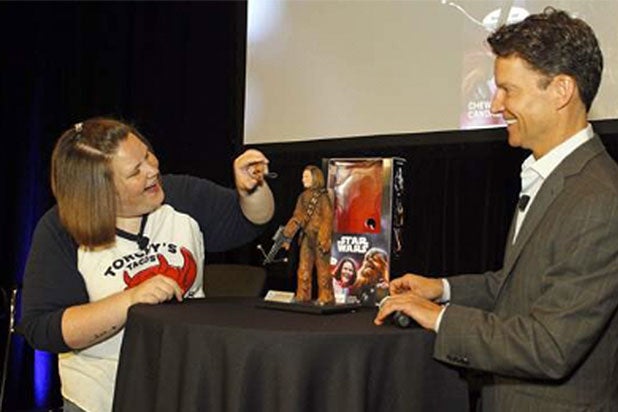 Candace Payne is best known as the “Chewbacca mom,” but she’s viral again by performing her version of Michael Jackson’s “Heal the World” in response to recent police shootings of black men and the attacks on Dallas police.

She revealed that although she is not far from Dallas, she is still far from being able to identify with all of the pain going on in the world.

“I’ve been spreading joy and I’ve been hoping to do that, but I found myself the last couple of days being silent because I’ve been so sad and so hurt by what’s going on,” said Payne before she went on to share her song.

The video already has more than 3 million views on Facebook.

Payne first spread joy in a video that went viral on May 19 after Payne donned a Chewbacca mask in her car. In the video, she slides it on and opens her mouth, causing the mask to let out an electronic Wookiee cry. Cue the most hysterical laugh you’ll ever hear.

That video led to well over 15 minutes of fame, including Payne getting her own talking action figure. There’s no word on whether it will be updated to sing “Heal the World.”

Watch the video of Payne singing below.