Give the people what they want. What do they want? Singing Chihuahua movies. 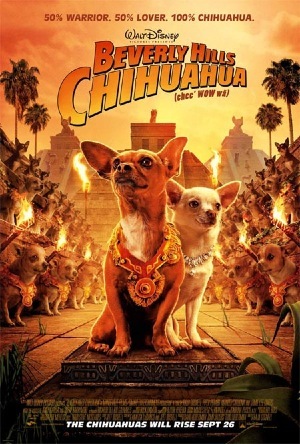 Pity, by contrast, Marc Abraham. The talented and well-liked producer got his first shot at directing this weekend, with the Greg Kinnear film, "Flash of Genius." It’s about a regular guy who invented windshield wipers, or something like that, and sues Detroit automakers for stealing his idea. (I admit: I haven’t seen this film. Or Chihuahua-ville. I went to "Religulous," see previous.)

This may well be Abraham’s last directing foray. The movie was rolled out in a very respectable 2,000 theaters, and is expected to take in $2.3 million. As the chihuahua would say:  Ooooouch.

Even "Religulous" made more than that: $3.4 million, by the first estimates. Meanwhile, Shia Lebeouf’s "Eagle Eye" keeps pulling in big bucks, an estimated $17.5 million this weekend; so did "Nick and Norah’s Infinite Playlist," another of those light comedies, this starring the likeable nerd Michael Cera, taking in $12.1 millon, according to early numbers. 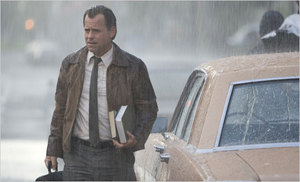