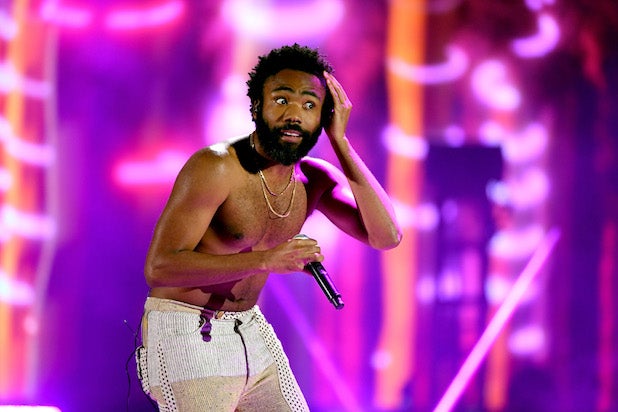 Donald Glover aka Childish Gambino has been forced to postpone his remaining “This Is America Tour” stops until later this year due to an injury, Live Nation announced Wednesday.

According to TMZ, Glover injured himself on stage during a show at Dallas’ American Airlines Center last weekend, and was unable to complete the last 30 minutes of his set. Sources told TMZ it’s possible Glover has a broken foot and that he has actually aggravated the preexisting injury by continuing to perform on it.

Fam Rothstein, co-principal of the creative collective Wolf + Rothstein, a partnership between Glover and Chad “The Wolf” Taylor, took to Twitter early Wednesday to let Gambino fans know that the tour had been “postponed, not cancelled.” He also seemingly confirmed Glover had been injured by saying he “played through the pain, but has to sit some dates out. Back before the year’s over.”

This is America tour is postponed, not cancelled. My guy played through the pain, but has to sit some dates out. Back before the years over.

Representatives for Glover did not immediately respond to TheWrap‘s multiple request for comment on if the injury Glover sustained was in fact a broken foot.

Live Nation gave a list of rescheduled dates Wednesday, along with this explainer for a few upcoming Gambino appearances:

Childish Gambino’s appearance at the Voodoo Music + Arts Experience in New Orleans on October 27 is moving forward as planned. His appearance at Austin City Limits Music Festival is canceled. Justice will headline on both Saturdays (October 6 and 13) alongside Metallica, and Travis Scott will headline both Sundays (October 7 and 14) alongside Arctic Monkeys. The updated performance schedules can be found at www.aclfestival.com. Fans with a Weekend Two Saturday 1-Day Ticket may exchange at no charge for a Weekend Two Sunday 1-Day Ticket by contacting Front Gate Tickets. Exchanges must be requested by Tuesday, October 2 at 11:59pm CT.