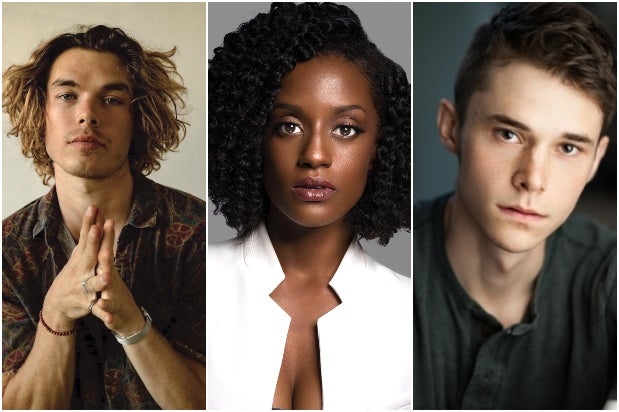 Netflix has added three new faces to the cast of “The Chilling Adventures of Sabrina,” which returns for Season 3 next month.

Sam Corlett (“The Dry”), Skye Marshall (“The Fix”) and Jonathan Whitesell (“Riverdale”) will appear in recurring roles on the new season, out Jan. 24.

Here are their official character descriptions, from Netflix:

Corlett will play Caliban, “a darkly handsome young man with a strange charm, Caliban is a so-called Prince of Hell, sculpted from clay from the City of Pandemonium. He challenges Sabrina (Kiernan Shipka) for control of the Throne of Hell, even as infernal sparks start to fly between him and the teen witch.”

Marshall will play Mambo Marie, “a gorgeous voodoo priestess, Mambo Marie helps Prudence (Tati Gabrielle) and Ambrose (Chance Perdomo) track down the villain Blackwood (Richard Coyle). But Mambo has her own secret agenda and passions, drawing her towards our coven–and Zelda (Miranda Otto)…”

Whitesell will play Robin, “a handsome young man with an ‘elfish’ quality to him, Robin is caring and sweet, but also a mischief-maker–and perhaps something even more dangerous. He travels with the carnival that comes to Greendale, and soon develops feelings for Theo (Lachlan Watson).”

“The Chilling Adventures of Sabrina” Season 3 premieres Jan. 24, 2020 on Netflix