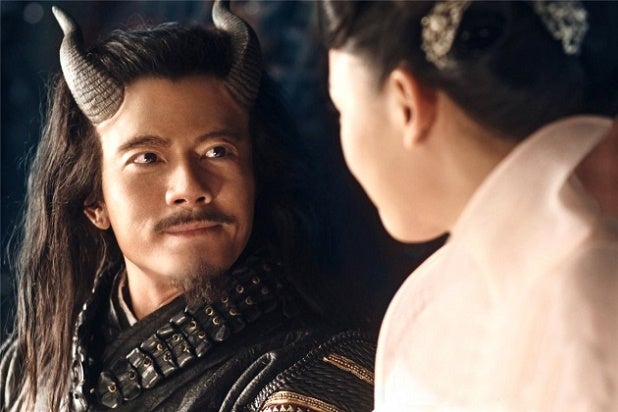 The new worldwide mark came despite a drop in the U.S./Canada box office, which at $10.4 billion was down five percent. The Asia Pacific region, which was up by 12 percent, was a big part of the surge as international made up 72 percent of the global grosses, an all-time high.

The info was part of the 2014 Theatrical Market Statistics Report issued by the MPAA, the umbrella trade group that represents the Hollywood studios in Washington D.C. and globally.

“This is not just an American story of success, but a worldwide story about the value of craft, creativity and the importance of a story well told,” said Sen. Chris Dodd, MPAA Chairman and CEO.

“We tell stories that transcend borders and transform individual experiences into shared ones. 2014 was a strong year, and 2015 is starting out tremendously, with box office in the U.S./Canada up 11 percent in the first two months of this year,” he said.

Other highlights on the domestic box office from Wednesday’s report:

>> The average cinema ticket price increased by 4 cents (less than one percent in 2014, less than the rate of inflation in the economy.

>> Among the top five grossing films in 2014, “Guardians Of The Galaxy,” “Captain America: The Winter Solider,” “The LEGO Movie” and “Transformers: Age of Extinction” attracted majority male audiences, while “The Hunger Games: Mockingjay Part 1” showed the strongest female attendance of the top five films, with 57 percent of box office revenue coming from women.