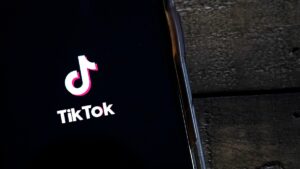 China now has the two highest grossing films worldwide this year, prompting questions over how much it still needs Hollywood imports

While the U.S. box office has been seeing the most consistently strong box office numbers since theaters reopened thanks to a trio of October releases, the box office in China has exploded without the need of Western imports from Hollywood — thanks in large part to Bona Film Group’s megablockbuster “The Battle at Lake Changjin.”

Released on September 30 to coincide with National Day, “Lake Changjin” opened to $233 million, according to data from Artisan Gateway, and just passed $750 million in China alone — surpassing the $716.5 million global run of the Unviversal’s “Fast & Furious” film “F9,” the highest grossing Hollywood film this year. In doing so, it also ended a months-long slump for the Chinese box office fueled by COVID-19 surges and release date shifts.

It is into this boom period that Hollywood will make its return to Chinese theaters with Legendary/Warner Bros.’ “Dune,” which opens this Friday in both China and the U.S.. Denis Villeneuve’s sci-fi epic will be a test of the Chinese audience’s interest in Western films as their growing hunger for locally made blockbusters pushed overall grosses to $523 million in the past three weekends. 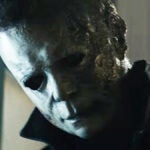 “Lake Changjin,” the patriotic story of a key battle in the Korean War (or the War to Resist U.S. Aggression as it is known in China), now has a total of $768 million. That puts the film, which features a cast led by “Wolf Warrior” star Wu Jing, in second behind fellow Chinese release “Hi, Mom,” ($822 million) on the global box office charts for 2021.

Combined with the state-backed film “My Country, My Parents,” which has grossed $209 million so far, the Chinese box office has bounced back after a long slump since the opening weekend of “F9” back in May, which marked the last time overall weekend grosses topped $100 million.

The recent surge may be good news for not just for “Dune” but for MGM/Universal’s James Bond film “No Time to Die,” which is set for release by Universal in China next weekend. The last Bond film, “Spectre,” grossed $83.5 million in China in 2015 and could help “No Time to Die” join “F9” and “Changjin” in the $600 million-plus grosser club.

“Dune,” meanwhile, will also benefit as a co-production between Warner Bros. and Legendary Pictures, which is owned by Dalian Wanda Group. Because of this, “Dune” has received an extensive marketing campaign via Wanda’s theater chain, the largest in China, right as audiences returned to cinemas in droves over the past three weeks thanks to the hype over “Changjin” and renewed confidence in moviegoing amidst declining COVID infection rates.

But the question remains over just how much Chinese audiences will embrace Hollywood films coming out of the pandemic. After “No Time to Die,” no major Hollywood films have secured a release date by the Chinese film board. Sony/Marvel’s “Venom: Let There Be Carnage” could be a hit in China as the original 2018 film grossed $269 million there, but it is unclear when it would come out and what Chinese film competition it could face.

And “Dune,” which has already grossed $129.7 overseas, may struggle with Chinese audiences unfamiliar with the 1965 sci-fi novel that inspired the film. Daniel Loria, editor at Boxoffice, said this challenge is indicative of how Hollywood will have to learn to co-exist with an increasingly self-reliant Chinese film industry.

“During the pandemic, nearly every other country was left waiting for the United States to resolve its problems with COVID so Hollywood could release films that support global theaters, but China was the one exception,” he said. “China now has the ability to release films that don’t need to appeal to international audiences to be a big success. Hollywood still needs to do that. While it was trying to get back into releasing films, Chinese studios and the government were ready with a slew of local films that have engaged audiences.

“Hollywood has to earn its place back in the Chinese marketplace,” Loria added. “It’s not something they can take for granted. It’s not impossible, but it will take a lot of time.”

The recent theatrical rebound in China was expected by industry observers. While the slump was exacerbated by release date moves for local films and the refusal of the country’s film board to book Disney/Marvel’s “Shang-Chi and the Legend of the Ten Rings” over comments made by lead star Simu Liu, October has historically been a strong period for Chinese box office thanks to National Day, which is held on October 1 and celebrates the founding of the People’s Republic of China in 1949.

“There are four periods that combined make up about half of box office grosses each year: Lunar New Year, the summer season, National Day in October and the end-of-year period,” USC professor Stan Rosen told TheWrap last month. “Delta took away the summer, but that means that 12 films are set for release, including ‘Lake Changjin,’ so the year is far from lost.”