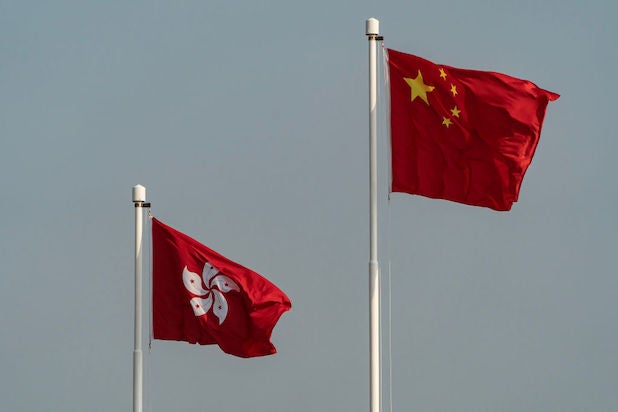 The Chinese government announced on Tuesday that it will be revoking the press credentials of American journalists working for the New York Times, the Washington Post and The Wall Street Journal and that they will not be allowed to work as reporters in China, Hong Kong and Macao Special Administrative Regions.

Any U.S. journalists from these outlets whose credentials are set to expire before the end of 2020 are to “notify the Department of Information of the Ministry of Foreign Affairs within four calendar days starting from today and hand back their press cards within ten calendar days.”

Further, the Chinese government said it would be taking “reciprocal measures against American journalists” with regards to “visa, administrative review, and reporting” and that those three media outlets, as well as Voice of America and Time magazine, would need to provide the Chinese government with detailed information about their respective staffs, finances, operations, and real estate in China.

The announcement comes two weeks after the Trump administration limited the number of Chinese citizens from five state-controlled media outlets — Xinhua, CGTN, China Radio, China Daily and The People’s Daily — who could work in the U.S. because those outlets had been deemed as “propaganda outlets” controlled by Beijing.

“The above-mentioned measures are entirely necessary and reciprocal countermeasures that China is compelled to take in response to the unreasonable oppression the Chinese media organizations experience in the US. They are legitimate and justified self-defense in every sense,” the announcement from the Ministry of Foreign Affairs of the People’s Republic of China said.

“It has therefore exposed the hypocrisy of the self-styled advocate of press freedom,” the announcement also said.

The top editors from the three affected news organizations all strongly condemned the decision in separate statements sent to TheWrap.

“The Chinese government’s decision is particularly regrettable because it comes in the midst of an unprecedented global crisis, when clear and reliable information about the international response to Covid-19 is essential,” Marty Baron, the executive editor of the Washington Post, said. “Severely limiting the flow of that information, which China now seeks to do, only aggravates the situation.”

Matt Murray, the editor in chief of The Wall Street Journal, called it an “unprecedented attack on freedom of the press” during a time of “unparalleled global crisis.”

“Trusted news reporting from and about China has never been more important. We oppose government interference with a free press anywhere in the world. Our commitment to reporting fully and deeply on China is unchanged,” Murray said.

“It is a grave mistake for China to move backwards and cut itself off from several of the world’s top news organizations,” Baquet said. “It is critical that the governments of the United States and China move quickly to resolve this dispute and allow journalists to do the important work of informing the public. The health and safety of people around the world depend on impartial reporting about its two largest economies, both of them now battling a common epidemic.”

Meanwhile, Secretary of State Mike Pompeo said he hoped the Chinese government would “reconsider” its decision, according to The Wall Street Journal. The National Security Council also tweeted that expelling those journalists was “another step toward depriving the Chinese people and the world of access to true information about China.”