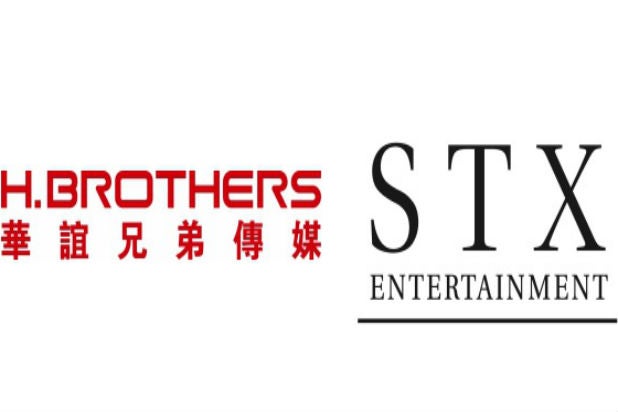 The deal will launch a global partnership between the companies, with Huayi co-funding, co-producing and co-distributing virtually all STX Entertainment films through the end of 2017.

STX Entertainment chairman and CEO Robert Simonds stated, “I am honored to be in business with Dennis Wang and James Wang, whose vision has done so much to reshape the film and entertainment landscape in Asia, and now here in Hollywood.”

The deal is one of the first major slate deals to close and fully fund between a Chinese-based studio and a standalone full-scale American studio.

The U.S. studio had previously planned to produce, market and distribute eight to 10 major motion pictures a year, but the new agreement with Huayi allows STX Entertainment to increase its release schedule to 12 to 15 films a year by 2016.

While the financial terms of the Huayi Brothers agreement remain undisclosed, the deal is fully funded and Huayi Brothers will partner on nearly every title produced by STX Entertainment during the term of the deal.

Huayi Brothers will share global revenue from the co-produced films with an eye toward strengthening its position in the U.S. market and in worldwide film production and distribution. As part of the pact, Huayi will be granted a first look distribution deal in China on most STX Entertainment films.

“This deal will help Huayi Brothers access the Hollywood film industry, with participation in all segments including film financing, production and distribution,” Huayi Brothers chairman and CEO Dennis Wang said. “Partnership with STX is an important step as Huayi Brothers implements its international growth strategy and enters the U.S. film market.

STX Entertainment closed its initial financing in March 2014. This new arrangement now enables the studio to spend approximately $1 billion a year on producing, marketing and distributing its films worldwide.