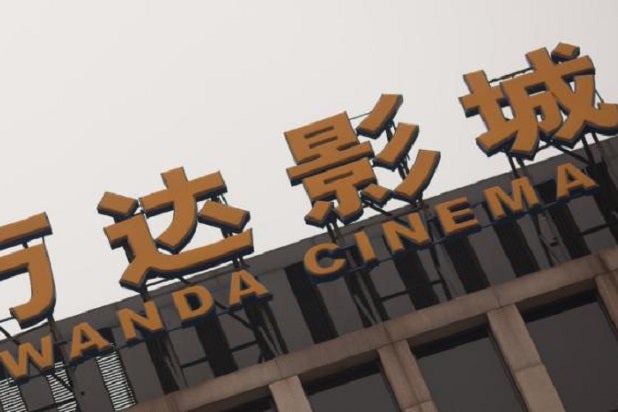 Chinese mega-conglomerate Wanda Group continues to reshuffle its assets, taking its film production business public as part of a merger with its local cinema company one day after selling its theme park business and 76 hotels for $9.3 billion.

In a Tuesday filing to the Shenzhen Stock Exchange, Wanda Film Holding, the publicly traded cinema company that owns and operates 447 multiplexes with 3,947 screens, announced plans to acquire 100 percent of the stock of privately held Wanda Film and Television Media Company.

Wanda Film, the conglomerate’s production and distribution arm, was founded in 2010 and has produced local hits including “Journey to the West: The Demons Strike Back” and “Detective Chinatown,” as well as partnered up on Hollywood blockbusters like Sony’s “Passengers.”

Wanda Group also owns U.S. cinema chains AMC Theatres and Carmike Cinemas, but they are not part of Wanda Film Holding. In addition, “Jurassic World” production company Legendary Pictures, which Wanda acquired last year for $3.5 billion, is a separate entity and not part of the merger.

On Monday, Wanda sold a majority stake in its amusement park business, as well as 76 hotels, to fellow Chinese conglomerate Sunac in a $9.3 billion deal intended to reduce the company’s debt. The deal was announced a little more than one year after Shanghai Disneyland Park opened.

Wanda Chairman Wang Jianlin — China’s richest man — had set his sights on Disney’s China park, saying it was no match for Wanda’s “pack of wolves.”