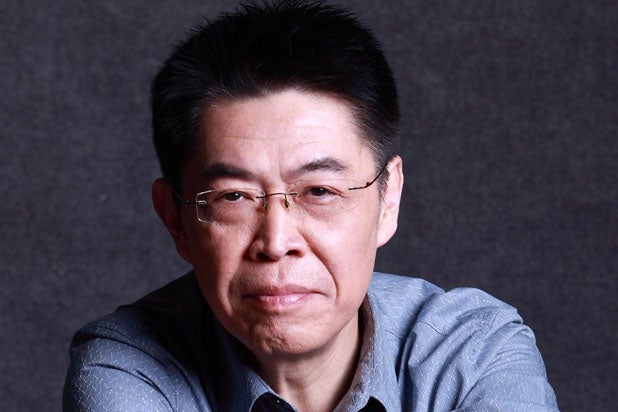 The boss of the newest studio in Hollywood — by way of Beijing — says there’s a lot wrong with American moviemaking, from the way Americans sell tickets to how much studio executives listen to bankers.

Zhang Zhao is the vice chairman of the Chinese tech and media conglomerate LeEco, the parent company of Le Vision Entertainment. Le Vision is one of the co-producers of “The Great Wall,” the historical epic from China-owned Legendary Entertainment and starring Matt Damon and Andy Lau. The movie recently released its first trailer, which was promptly panned for “whitewashing.”

“I hate to say this because this industry has 100 years of history, but [Hollywood execs] are almost too proud of themselves,” Zhang told TheWrap. “I’m from a moviemaking background, but I learned so much from my colleagues from the internet and technology side.”

In an interview alongside Goodman, Zhang elaborated on the types of English-language films he hired Goodman to oversee, as well as what Hollywood can learn from his tech-centric approach — which shouldn’t be too surprising, as parent LeEco makes everything from smart TVs to electric cars.

How does Zhang see Holllywood better embracing the internet? For one thing, ticket buying at American cinemas is almost retro. Some people still line up at a ticket counter and pay cash. In China, almost everyone buys tickets online through mobile apps like WeChat.

Zhang, who is a filmmaker by background, believes LeEco can teach Hollywood a few things about leveraging technology.

“This is what we wanted to show to Hollywood,” Zhang said. “We are a company that has three parts — one is technology, one is internet, one is entertainment. How about you guys start talking to Silicon Valley? We put three things together and provide a much better experience to the audience.”

Zhang also repeatedly underlined the importance of putting customer service first — and was critical of what he thought was an overemphasis on material rewards for executives.

“What’s really important is providing better service,” Zhang said. “Not about how many private jets you could have. It’s sort of upside-down, this whole business.”

He said improved service to markets like China, India, Africa, Russia and parts of Europe would cut into Hollywood’s dominance.

“Providing better service to a global audience, you get a better business,” Zhang said. “And it’s going to break the wall that you guys are building for 100 years.”

Zhang also talked about how by entering new markets — with help from the internet — would uncover new creative voices. He said it would take Hollywood’s experience to turn raw brilliance into professional films. And he blamed what he said is the industry’s current lack of imagination on its corporate overlords.

With the internet connecting pretty much all of the world’s entertainment markets, Zhang said it is more important than ever to deliver something for everyone.

“You can’t say Hollywood movies are the most important ones,” he said. “People making movies in an African village — as long as people appreciate them — it has the same value as Hollywood blockbusters. You can have this diversified filmmaking culture, and it becomes richer and richer.”

“The Great Wall” is the first English-language movie from director Zhang Yimou — who was in charge of the opening ceremony at the 2008 Beijing Olympics. Zhang Zhao isn’t stressing the white-washing critiques, saying “The Great Wall” is a “very good film” and that its box office performance won’t “kill” or “save” anything.

“Great Wall” is the first substantial effort at producing a true homegrown Chinese, English-language crossover hit, but Zhang said it is “just one kind of movie we should pay attention to.”

“‘Great Wall’ has been drawing too much attention,” Zhang said. “When I think it’s really a much deeper conversation we should have with Hollywood. [Great Wall] is not going to be a recipe to save the industry. It’s more about how do you turn this manufacturing business into a service business — and through the internet. That’s the key.”

Chinese moviegoers love to spend their hard-earned yuan on Hollywood blockbusters like "Captain America: Civil War," "Avatar" and "Star Wars: The Force Awakens." Comedies and dramas? Not so much. Read on to see which American hits have raked in the most money (according to BoxOfficeMojo) in that nation across the Pacific.