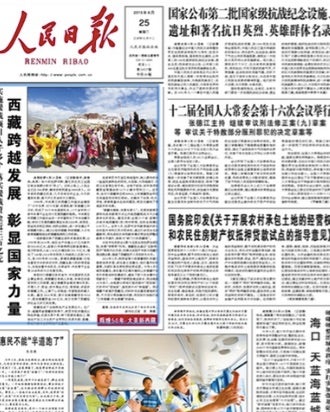 As #BlackMonday wreaked havoc on the U.S. and global markets on Monday, Chinese state media mostly ignored its serving as the negative catalyst for the global freak out.

Stories about the stock market collapse were buried in hard-to-find spots of websites or not reported at all.

China’s stock markets tumbled on Monday. You won’t find a single mention in the People’s Daily on Tuesday. pic.twitter.com/6kRlc5M00b