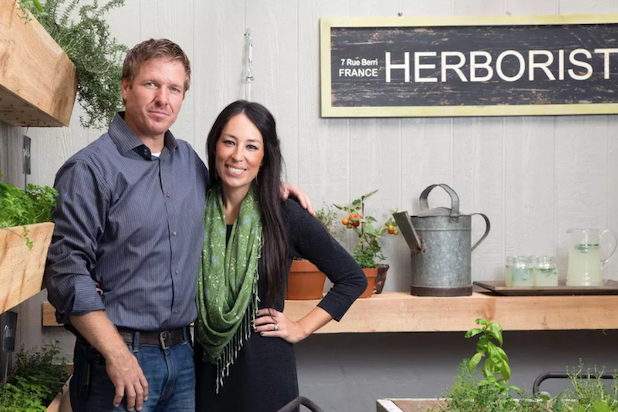 Chip Gaines says he felt “caged” and “trapped” over the last two seasons of his hit HGTV series “Fixer Upper.”

“Jo and I couldn’t figure it out,” he added while looping his superstar-designer wife into the discussion. It all became too “staged” for the Waco, Texas couple, and they eventually walked away from the popular cable channel’s No. 1 show.

Also Read: David Zaslav Says Chip and Joanna Gaines' HGTV Exit 'Sucked All the Air Out of My Lungs'

“I just struggled with that environment. Especially at the end of it,” he continued. “At the beginning, it was so fun. The first three years of ‘Fixer Upper’ were some of the best years of my life. The last two years, not that we don’t look back on them fondly, but they were more of a job. So, something about breaking out of that has been liberating.”

Well, Chip and Joanna Gaines are heading back into TV — and they’re doing it headfirst. Though we’re not sure how much of their personal presence will be on-camera and how much is going to take place behind-the-scenes, the former First Family of HGTV is getting their own television network from Discovery, Inc.

That news ought to make Cowboys & Indians readers and “Fixer Upper” fans happy — it definitely put David Zaslav in a better mood.