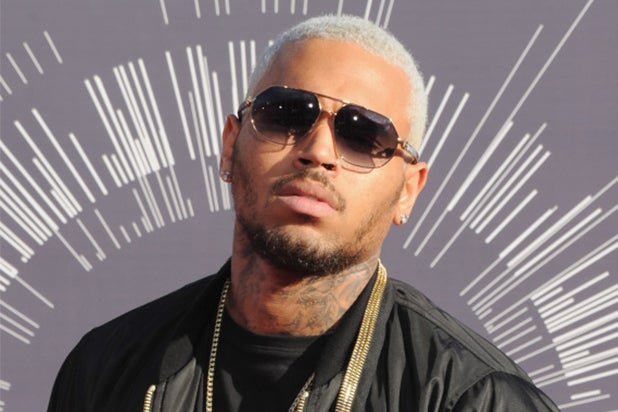 Singer Chris Brown has been sued by a woman who says she was sexually assaulted during a party at the singer’s home.

“This case arises out of injuries suffered by Plaintiff after she was lured to Brown’s residence and repeatedly sexually assaulted while falsely imprisoned in one of the bedrooms of Brown’s house,” reads the suit, filed Wednesday in Los Angeles Superior Court.

According to the lawsuit, the anonymous plaintiff contends that she and her roommate attended a concert in February 2017 at Los Angeles venue 1 OAK, where the roommate met Lowell Grissom Jr., aka “Young Lo,” who invited the roommate to an after-party at a recording studio. The lawsuit said Grissom took away their phones before allowing them to enter.

The party then moved to Brown’s house, the suit said, where Grissom refused to give the phones back, and where, according to the suit, the assault took place.

According to the suit, Brown gave guests “alcohol and illicit drugs,” which the plaintiff believes included cocaine, “Molly” and marijuana. The suit also said Brown and Grissom were “in possession of multiple guns in the house.”

At one point, the suit alleges, the plaintiff’s mother grew concerned after losing contact with her daughter and used software to track her daughter’s phone to Brown’s home. She called the police, but Brown refused to open the gate for them, the suit said.

According to the suit, after being led to a bedroom, the plaintiff indicated that she did not want to engage in any sexual activity, but an unnamed female friend of Brown and Grissom entered the bedroom and ordered Grissom to push a couch in front of the bedroom door, then ordered the women in the room to disrobe and “hook up” with Brown and Grissom.

When the plaintiff refused, the suit said, the unnamed woman “violently grabbed Plaintiff by the throat and forced Plaintiff to perform oral sex on Grissom.”

The suit said the woman, who was naked, then pushed the plaintiff down onto a bed and pinned her down while forcing her to perform oral sex on her.

“To compound Plaintiff’s horror, Doe X was menstruating at the time. While Doe X was forcing Plaintiff to perform oral sex on her, Grissom molested the lower half of Plaintiff’s body using his mouth and hands,” the suit reads. “Thus, Plaintiff found herself being sexually battered by two people at the same time.”

The suit says that Grissom raped the plaintiff twice before allowing her to leave the residence.

“This is one of the most horrific cases involving alleged sexual assaults that I have ever seen, and our client, Jane Doe, has been severely traumatized by what she was forced to suffer,” the plaintiff’s attorney, Gloria Allred, told TheWrap in a statement Wednesday. “She filed this lawsuit because she wants justice for herself, but she also wants to warn other young women about the potential danger to themselves if they have their phone taken away and if they go to Chris Brown’s house. She does not want any other young woman to endure the violent sexual assaults that she was forced to endure in an environment of guns and drugs.”

In a statement to TheWrap, Grissom’s attorney, Anthony Willoughby of Willoughby and Associates, said that Grissom “vehemently denies these false and defaming accusations originated last year ending with no arrests, no proof, an inconclusive rape kit and after a police investigation- no charges filed.”

“My client, Lowell Grissom Jr. vehemently denies these false and defaming accusations originated last year ending with no arrests, no proof, an inconclusive rape kit and after a police investigation- no charges filed,” Willoughby said. “This civil lawsuit is a blatant attempt at a money grab and to harm the reputation of my client while encouraging PR noise for Gloria Allred while she exploits this young women for her own financial gains and public persona. We look forward to sharing our side and additional information with the public and are confident that the justice system will clear Mr. Grissom of these heinous charges.”

An attorney for Brown has not yet responded to TheWrap’s request for comment on the lawsuit, which alleges sexual battery, battery, assault, intentional infliction of emotional distress, negligence and other counts, and seeks unspecified damages.

A spokesperson for the Los Angeles Police Department told TheWrap on Wednesday that a criminal investigation into the allegations is ongoing, and has been presented to the Los Angeles County District Attorney’s office.