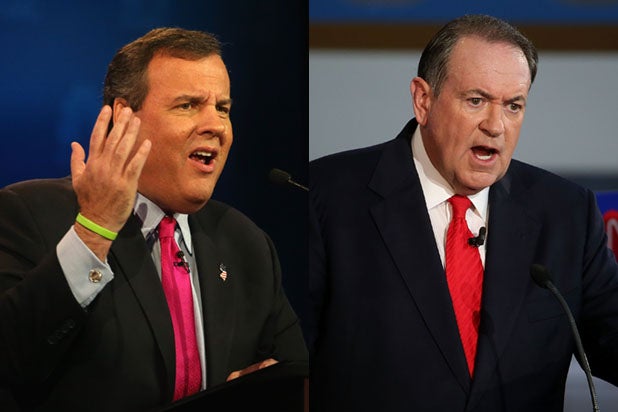 New Jersey Gov. Chris Christie and former Arkansas Gov. Mike Huckabee will be relegated to the undercard round of the next Republican primary debate, Fox Business Network announced on Thursday.

Former New York Gov. George Pataki and South Carolina Sen. Lindsey Graham failed to qualify for the undercard debate, which means they will not appear at all when Republicans face off in Milwaukee, Wisconsin, on November 10.

The news could winnow the still crowded GOP field, which boasts a whopping 15 candidates. The majority of the presidential hopefuls are polling in the single digits.

With Pataki and Graham out, Christie and Huckabee will appear alongside former Pennsylvania Sen. Rick Santorum and Louisiana Gov. Bobby Jindal.