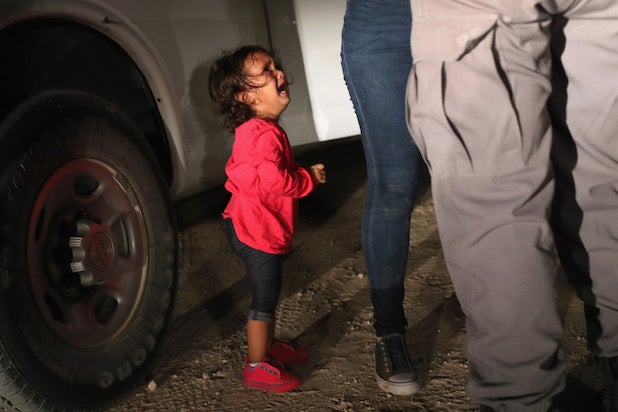 On Wednesday, CNN host Chris Cuomo called network contributor Miles Taylor a liar for denying two months ago that he was the anonymous author of the 2018 New York Times op-ed “I Am Part of the Resistance Inside the Trump Administration.”

Taylor, who NYT misrepresented as a “senior official working for the administration” at the time — he was actually Homeland Security Secretary Kirstjen Nielsen’s chief of staff — revealed his authorship in a medium post Wednesday afternoon.

He quit the Trump administration in 2019 and since then has been a paid CNN commentator. And as it happens, in August he denied that he wrote that op-ed and the tell-all book he published anonymously in 2019, while appearing on Anderson Cooper’s CNN show.

So it is that Cuomo kicked off their interview by bringing it up. Watch the clip below:

CNN’s Chris Cuomo to Miles Taylor aka “Anonymous”: “Why should CNN keep you on the payroll after lying like that?" pic.twitter.com/LsdEanlDDC

“First what matters most certainly to me, you lied to us, Miles,” Cuomo said. “You were asked in August if you were anonymous here with Anderson Cooper, and you said no,” Cuomo said. “Now, why should CNN keep you on the payroll after lying like that?”

Taylor gave the following reply: “When I published the warning, I said in the book that if asked I would strenuously deny I was the author. And here’s the reason. Because the things I said in that book were ideas that I wanted Donald Trump to challenge on their merits. We have seen over the course of four years that Donald Trump’s preference is to find personal attacks and distractions to pull people away from criticisms of his record. I work that work anonymously to deprive him of that opportunity and to force him to answer the questions on their merits.”

After revisiting critical comments he made about Taylor’s book when it was first released, Cuomo said: “You know what the problem is with having lied is that now you are a liar, and people will be slow to believe you when you lied about something as important as whether or not you wanted to own this.”

Taylor replied with an apology that, quite frankly, wasn’t really an apology. “Chris, that’s the truth. And this was a very torturous decision. It was not immediate for me to want to publish this work anonymously. The next best opportunity was to convey it in a way the president would avoid those attacks,” he said. “But you’re right, Chris. And I owe an apology for having to maintain that necessary misdirection for that period of time in order for that argument to work.”

The back and forth continued from there.

In the original medium post, Taylor didn’t actually explain why he chose this particular moment instead of literally any other time, to out himself. He did however defend his decision to stay employed by Trump for so long, saying: “Make no mistake: I am a Republican, and I wanted this President to succeed. That’s why I came into the Administration with John Kelly, and it’s why I stayed on as Chief of Staff at the Department of Homeland Security. But too often in times of crisis, I saw Donald Trump prove he is a man without character, and his personal defects have resulted in leadership failures so significant that they can be measured in lost American lives.”

However, according to internal emails and documents obtained by Buzzfeed it turns out that despite previously claiming otherwise, Taylor was instrumental in developing and promoting the Trump administration’s policy of separating refugee children from their parents. The UN has repeatedly said that policy is a violation of international law, and Amnesty International has classified it as a human rights violation.

Also, Taylor did not disclose in his announcement Wednesday that he defended the policy as recently as Oct. 20 in a tweet, since deleted, that falsely accused refugee parents of abandoning their children.