Chris Cuomo took some time Friday evening to mock his prime time rivals at Fox News, offering a series of snack-bite-sized dismissals of his competitors — who he has presumably been watching more of since landing his own primetime hour at CNN in June.

“The media can be a feedback mechanism for what’s out there. With Trump it doesn’t create the energy, it harnesses it, turbo-charges it. That’s Fox,” he said. “Tucker? He doesn’t have to say anything, he’s just got that pissed puppy dog puss that he has on his face.”

Cuomo then showed a still image of Carlson with his face puckered. 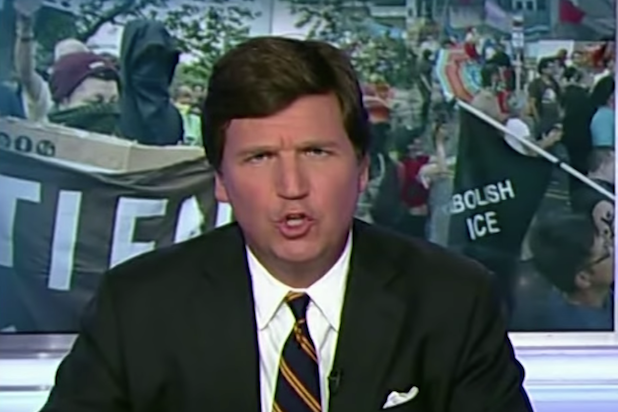 Cuomo also called Sean Hannity a voice of “righteous indignation” and Laura Ingraham the “curled lip of disgust.” Carlson as well as reps for Hannity and Ingraham did not immediately respond to request for comment from TheWrap.

In his monologue, Cuomo broadly condemned hate and violence on both sides and noted that Antifa — a group he has previously defended — had a “thuggish appendage.”

“Down and down we descend,” he lamented. “Nobody wins a race to the bottom.”