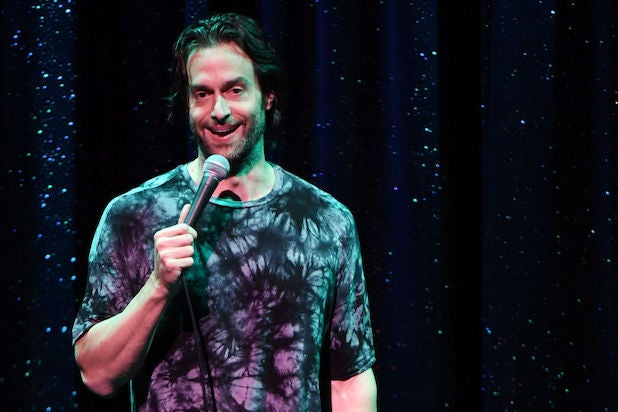 “I get out and I have the door open and I walk out into the street and I’m saying, ‘Why are you doing this?’ And I remember saying, ‘You’re defiling my car.’ I didn’t want to make him mad or upset because you’re in survival mode, you know?” Drust told CNN. “He climaxed in his pants and then he zipped everything up and I said, ‘What’s wrong with you?'”

Drust said that after the incident, she ran into D’Elia a few months later at a restaurant when she heard a voice say, “You,” right into her ear. “I turned around and it was him. I just remember being very flustered and very uncomfortable,” Drust said. “It really raised my guard and I stopped going to events and I never went to anything alone after that.”

Another woman, who chose to remain anonymous, said that when she was the overnight manager on duty at a hotel in Cleveland, Ohio, where D’Elia stayed in 2018, the comedian had exposed himself to her after calling her up to his room for assistance to fix his air conditioner.

“When I knocked on the door, he opened the door and he was completely naked,” the woman, who was 24 years old at the time, told CNN. “I was surprised, and I was annoyed that I just came all the way up just so he could expose himself to me.”

After she turned and immediately left, D’Elia called the front desk again and ask that she come back up to his room again to help with the air conditioner, but the manager told him he’d have to wait for an electrician to come the next morning and hung up, according to CNN.

The new accusations come after D’Elia was accused of exposing himself to another woman when she was 19 years old, as reported by the Los Angeles Times in June, and sexually harassing young girls — allegations which the comedian denied at the time.

As for the new accusations that D’Elia exposed himself to two more women, Andrew Brettler, an attorney for D’Elia, told TheWrap in a statement, “D’Elia denies these allegations and emphatically states that he has never engaged in any sexual conduct with any woman without her consent.”