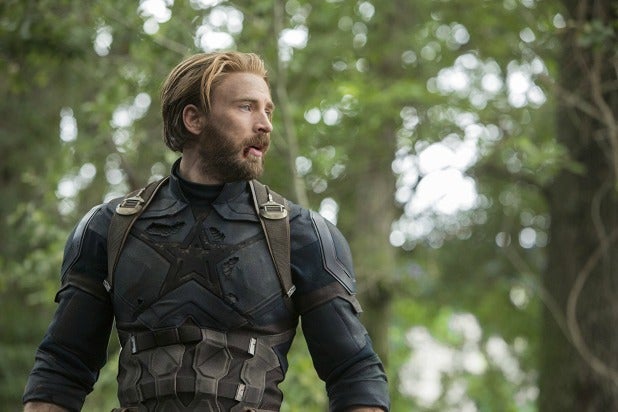 Fans have been on edge about the what’s going to happen to the longest-running hero in the Marvel Cinematic Universe since even before “Avengers: Infinity War” came out. And after seeing Thanos’ cosmic finger snap wipe so many heroes from existence that worrying has ramped up, fans wait in great anticipation for “Avengers 4” to land next May.

Now a tweet from Captain America himself, Chris Evans, has fans even more freaked out. In the tweet, Evans announced he has wrapped up filming on “Avengers 4” and continued on with a message that makes it very much sound like he’s completely done with the MCU. With the subtext being that Captain America may very well not survive the upcoming climax of the MCU’s first decade.

“Officially wrapped on Avengers 4. It was an emotional day to say the least,” Evans tweeted. “Playing this role over the last 8 years has been an honor. To everyone in front of the camera, behind the camera, and in the audience, thank you for the memories! Eternally grateful.”

Officially wrapped on Avengers 4. It was an emotional day to say the least. Playing this role over the last 8 years has been an honor. To everyone in front of the camera, behind the camera, and in the audience, thank you for the memories! Eternally grateful.

Evans has hinted at his desire to move on from the MCU before, most recently back in march in a New York Times profile, which declared that he “expects that planned reshoots [for “Avengers 4”] in the fall will mark the end of his tenure in the familiar red, white and blue super suit.”

But there has never been any sort of official declaration that Evans actually is exiting the franchise — his contract is up after “Avengers 4,” but that doesn’t necessarily mean he wouldn’t renew it.  This tweet, however, might be that declaration — though it’s certainly vague enough that he could keep the door open for more forays into in the MCU even if he were to take a backseat after whatever universe-altering events happen in “Avengers 4.”

For now, though, fans are taking Evans’ tweet as indicating that Captain America is going to die next year.

In other words Cap’s dead

Why did you just spoil your death pic.twitter.com/PNFND20KzF

Is it the end of the line? pic.twitter.com/ONciifLil1

Whatever is actually going on with Captain America, we’ll find out for sure on May 3 next year, when “Avengers 4” hits theaters everywhere.

While Marvel has been typically cagey about revealing any details about the fourth “Avengers” movie, we have spent a ton of time making educated guesses about what’s in store for us next year. We’ve got theories about time travel plots that “Ant-Man and the Wasp” may have been setting up, thoughts about how “Captain Marvel” will play into this great big mess Thanos made as well as a breakdown of that film’s first trailer, and some musings about what exactly Doctor Strange may have seen when he looked into the future that caused him to give up the Time Stone.