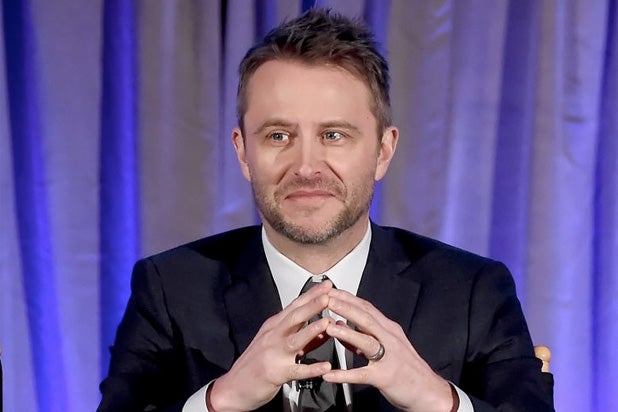 Chris Hardwick will not return as moderator of this year’s Warner Bros/DC Comic-Con panel following ex-girlfriend Chloe Dykstra’s accusations of abusive behavior, an individual with knowledge of the situation tells TheWrap.

Warners is debuting the first “Aquaman” trailer along with the trailer for “Shazam” at this year’s Comic-Con inside Hall H. Hardwick moderated last year and in 2014, but no moderator for this year has been announced.

A rep for Hardwick did not immediately respond to a request for comment Wednesday.

Also Read: Chris Hardwick's Hard Times: The Silence From Those in His Orbit Is Deafening

Dykstra detailed accusations of abuse and derailing her career in a Medium post on Friday. He has denied any abuse.

Soon after, Hardwick’s name was scrubbed from the Nerdist website. Hardwick co-founded founded Nerdist in February 2012, and the company was sold to Legendary Entertainment in July of that year. On Saturday, AMC pulled “Talking with Chris Hardwick” from its schedule, and Hardwick also withdrew as moderator on AMC and BBC America’s planned Comic-Con 2018 panels.

In addition to accusing Hardwick of “controlling behavior” and “sexual assault,” Dykstra also said that after the breakup her ex-boyfriend and an unnamed female colleague “made calls to several companies I received regular work from to get me fired by threatening to never work with them. He succeeded. I was blacklisted.”

She never named Hardwick, but provided enough detail to identify him, and he responded to her accusations by saying he is “heartbroken” and “devastated” over Dykstra’s accusations. He also said that “at no time did I sexually assault her.”

Hardwick also accused Dykstra, an actress and former on-air personality on the Nerdist YouTube network that he founded, of infidelity during their relationship. He did not address Dykstra’s accusation of career retaliation.