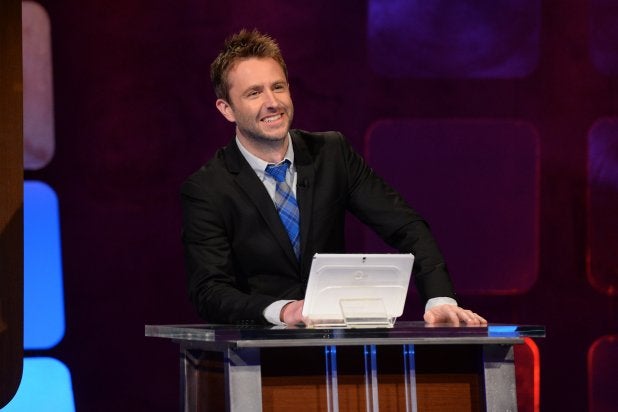 Stephen Colbert may be leaving Comedy Central’s late-night lineup to take over CBS’s “Late Show,” but Chris Hardwick is staying put. The comedian revealed on “The Tonight Show” that the network has picked up ‘@midnight,’ his live comedy game/panel show, for a second season of 40 weeks.

Also read: How ‘Silicon Valley’ and Nerdist Stars Brought Their Stand-Up Show From a Comic Shop to Comedy Central

“‘@midnight’ has been an absolute dream come true for me–a game show of internet jokes with my comedian friends,” Hardwick said in a statement to TheWrap. “I cannot thank Comedy Central enough for letting us continue. If they hadn’t, you can damn well bet that I would have forced people to come over to my house to play it anyway, for no audience, so everyone is thankful we dodged that bullet.”

Hardwick is also the host of AMC’s “Talking Dead,” which invites actors and comedians on for a live chat after each episode of “The Walking Dead.”  Additionally, he provides the voice of Craig in Nickelodeon’s “Sanjay and Craig,” and remains CEO of Legendary Entertainment’s digital division, Nerdist Industries, which he co-founded. Hardwick is repped by CAA.