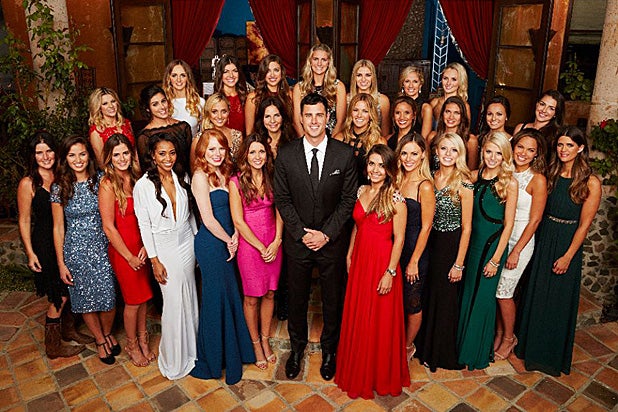 (Spoiler alert: Please do not read on if you haven’t watched Monday’s finale of “The Bachelor”)

As one door closes, another opens.

Before she even had chance to wipe away her tears after being dumped by Ben Higgins on “The Bachelor” Season 20 finale, Joelle “JoJo” Fletcher was named as the next “Bachelorette” on Monday night.

“She is a woman who the entire nation fell in love with — and I know you are all hoping that she can fall in love again,” host Chris Harrison announced to an explosion of applause during the “After the Final Rose” special.

Earlier in the evening, ABC viewers witnessed JoJo, a 24-year-old real estate developer from Dallas, Texas, get her heart broken by Higgins when he dropped down on one knee to propose to love rival Lauren Bushnell.

JoJo had told Ben she was “losing her mind” obsessing over who he was going to choose, but sadly it wasn’t her.

The good news is, she will now have a whole cast of hunky suitors fighting for her heart — or at least her attention — on the 12th season of sister show “The Bachelorette.”

JoJo is described as having “a bubbly personality and sweet, girl-next-door wit and spunk,” in an official announcement by ABC.

The announcement puts to rest any speculation that ABC would make a more diverse casting decision for the first time, with half-Caucasian and half-Filipino contestant Caila Quinn rumored to be a frontrunner.

The long-running reality franchise has been criticized for having a lack of color in its casting choices, with only American-born Venezuelan soccer player Juan Pablo Galavis adding any diversity.