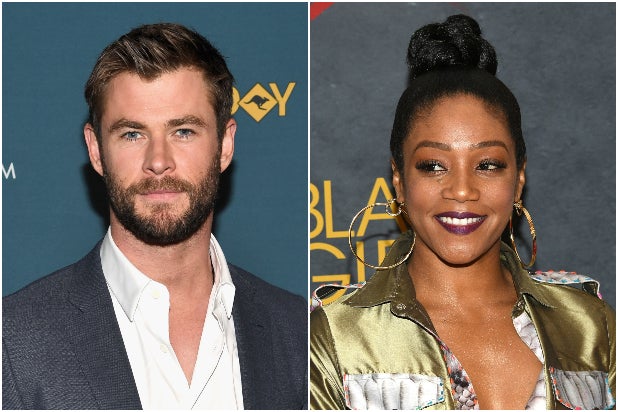 Chris Hemsworth and Tiffany Haddish are teaming for a buddy cop comedy titled “Down Under Cover” that’s being presented to buyers at the Cannes Film Festival, an individual with knowledge of the project tells TheWrap.

CAA is introducing the package to domestic buyers at Cannes, while FilmNation is handling international sales.

Hemsworth’s production banner Thematic Entertainment — which he formed with John Finemore, James Hoppe and Ben Grayson — is producing “Down Under Cover.”

Hemsworth most recently starred in “Avengers: Endgame.” He will get another chance to flash his comedic chops in the reboot “Men In Black: International” later this summer.

Haddish, on the other hand, will show her dramatic side in the crime drama “The Kitchen” opposite Elisabeth Moss and Melissa McCarthy, also due out later this summer.

Hoare was a staff writer on the sitcom “Kevin Can Wait” and he also wrote and executive produced the 2017 comedy “Killing Hasselhoff.”

The news of the package was first reported by Deadline.