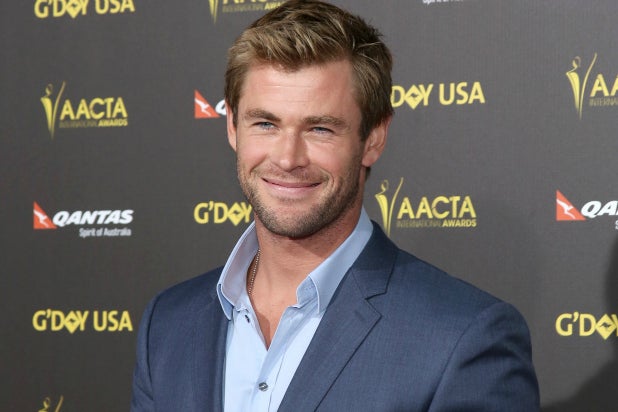 Melissa McCarthy, Kristen Wiig, Leslie Jones and Kate McKinnon star in the film based on the classic ’80s supernatural comedy.

The director first shared the news on his Twitter account, posting a picture of Hemsworth with the caption, “Our receptionist.” Hemsworth will be taking over the role played by Annie Potts in the original 1984 film, which featured Bill Murray, Dan Aykroyd, Ernie Hudson and the late Harold Ramis as the Ghostbusters.

Kate Dippold and Feig co-wrote the screenplay for the reboot, and filming is expected to begin this year.

Sony is also developing a Ghostbusters universe, with Ghost Corps, a newly formed production shingle on the lot, dedicated to the task of building a multifaceted franchise.

Next up after next year’s reboot is a supernatural comedy set in the “Ghostbusters” world that Channing Tatum is producing as a possible starring vehicle, alongside “Captain America: The Winter Soldier” directors Joe and Anthony Russo and “Iron Man 3” writer Drew Pearce.

Hemsworth, best known for his role as Thor in the Marvel cinematic universe, is currently filming “The Huntsman,” the sequel to 2012’s “Snow White and the Huntsman.” He is represented by CAA, Morrissey Management and ROAR.