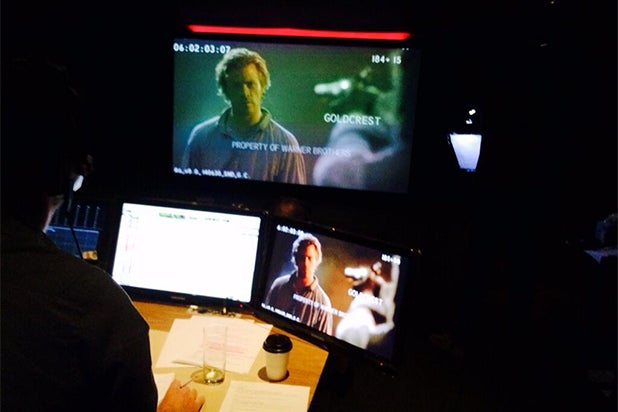 Chris Hemsworth looks tired and disheveled in the first photo Ron Howard posted from his latest film, “In the Heart of the Sea.” The director took to Twitter to share a shot from his edit bay, where he’s currently in post-production on the 19th century maritime disaster action flick.

Howard directed the film, which was written by Charles Leavitt, adapted from Nathaniel Philbrick’s novel. “Sea” follows the doomed voyage of the whaling ship the Essex, which was attacked by a sperm whale in 1820, leaving its crew stranded at sea for 90 days.

See video: Chris Hemsworth Hates the One ‘Thor’ Joke He Always Gets

Ben Whishaw is on board to play Herman Melville, who would eventually go on to retell the tale in his own book, “Moby Dick.” Other cast members include Benjamin Walker, Cillian Murphy, Brendan Gleeson, Tom Holland, Frank Dillane and Sam Keeley.

Post prod duties for In the Heart of the Sea pic.twitter.com/klFnOeWeri