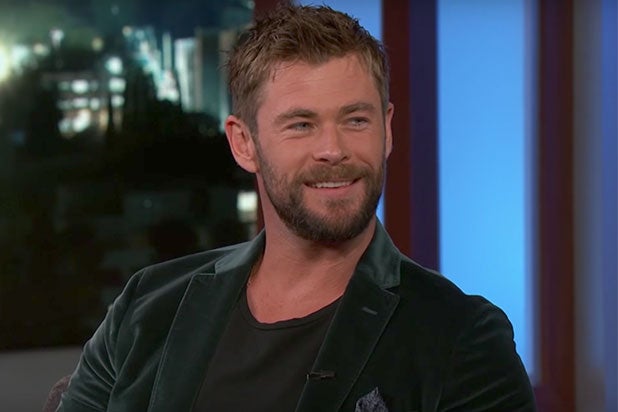 Chris Hemsworth is in early talks to star in Sony’s “Men in Black” spinoff, an individual with knowledge of the project tells TheWrap.

The new film will not see Tommy Lee Jones and Will Smith return to play Agents J and K, instead following a new pair of agents who work for the secretive New York agency that defends Earth from hostile aliens and helps friendly ones blend into human society without being discovered. The film is being compared to “Jurassic World” in that it will take the series in a newer, bigger direction while giving a nod to the previous films and characters in the series.

“Men In Black” was one of the biggest hit films of the 90’s, cementing Will Smith’s status as one of Hollywood’s most bankable actors following his monster hits “Independence Day” and “Bad Boys.” Combined, the three “MiB” films have grossed over $1.7 billion worldwide. Gray himself has also directed big box office hits recently, with “Straight Outta Compton” earning critical acclaim and $201 million in 2015 and “Fate of the Furious” becoming the third highest grossing film of 2017 with $1.23 billion worldwide.

Hemsworth will next be seen as Thor in the upcoming “Avengers: Infinity War” and will also appear in “Bad Times at the El Royale.” Hemsworth is repped by CAA.