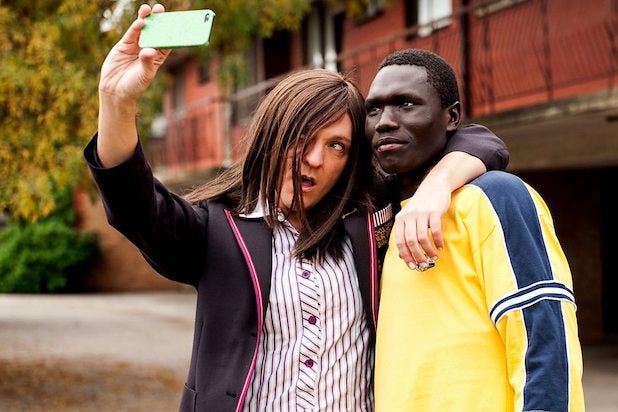 “I’m so over the world right now. It’s like: I’m in like the hottest phase of my life and the world’s literally like falling apart. It’s like climate change, COVID — it’s like so f—ing annoying,” Ja’mie’s intro goes. “Like, last year me and my friends were like going to Europe for summer. The whole thing’s like booked and I’m like starving myself like for months leading up to it so I can look hot on the Croatia boat cruise. And then we had to cancel the whole thing — I was so mad.”

That’s definitely been the worst part of the coronavirus pandemic, Ja’mie, we feel you.

The podcast launched on April 4. Readers can find it on Spotify.

Ja’mie says she’s “doing this pod as a Uni assignment.” She’s studying public relations (of course) and in her final year.

“I’m really woke now, so don’t say anything offensive on my Facebook or whatever,” Ja’mie says early on in the first episode.

She then immediately says a bunch of offensive things.

Last year, four Chris Lilley series were pulled from Netflix in New Zealand and Australia due to criticisms of the shows’ depictions of people of color and the use of black and brown makeup to darken Lilley’s skin.

The white Australian comedian’s “Summer Heights High,” “Angry Boys,” “We Can Be Heroes” and “Jonah From Tonga” — which were produced by Princess Pictures and first aired on Australian Broadcasting Corporation — were all removed from the streaming service in New Zealand and Australia.

Lilley used dark makeup to play Black rapper S.mouse in “Angry Boys” (pictured above) and lighter brown makeup to play Jonah, a teenage Tonga native, in “Summer Heights High” and its spinoff series “Jonah From Tonga.” In “We Can Be Heroes,” he played Ricky Wong, a Chinese physics student.