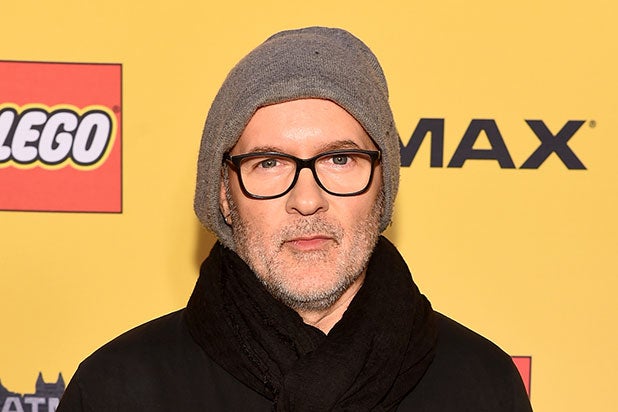 “LEGO Batman” director Chris McKay is in talks to direct a standalone, live-action “Nightwing” film based on the DC Comics character for Warner Bros., TheWrap has learned.

Bill Dubuque (“The Accountant”) is writing the script.

Nightwing, aka Dick Grayson, is best known for being the original Robin.

Grayson was the youngest member of a family of acrobats known as the “Flying Graysons.” He was created by Bob Kane and Bill Finger and illustrator Jerry Robinson, and first introduced in Detective Comics #38 in April 1940. After his parents were murdered, he was taken in as the legal ward of Bruce Wayne/Batman. He then became the first Robin and teamed up with Batman on many adventures to fight crime in Gotham City before striking out on his own.

In the 1980s as Grayson got older and shed his Robin identity, he became the leader of the Teen Titans. Jason Todd took on the mantle of Robin while Nightwing became a popular character in his own right, headlining his own comics and appearing in animated films.

In the current Zack Snyder directed DC films, Robin’s graffiti-covered suit was shown in “Batman v. Superman,” and Snyder has said that at that point in time Robin had been killed by the Joker. An Easter egg at the beginning of “Suicide Squad” features Margot Robbie’s Harley Quinn bio that confirms she helped killed the Jason Todd Robin in “Batman v Superman.”

Grayson currently appears in the “LEGO Batman Movie,” as Robin, and was voiced by Michael Cera.

McKay made his feature film directorial debut with the hit animated superhero comedy “The LEGO Batman Movie,” which is currently in theaters and has earned $182.4 million to date.

McKay previously worked on “The LEGO Movie” as an animation co-director, and has also directed three seasons of series “Robot Chicken.”

McKay is repped by UTA, Rise Management and Morris Yorn.

Dubuque previously wrote “The Accountant,” “The Judge,” and “A Family Man.”

The Hollywood Reporter first reported the news about McKay’s involvement with “Nightwing.”