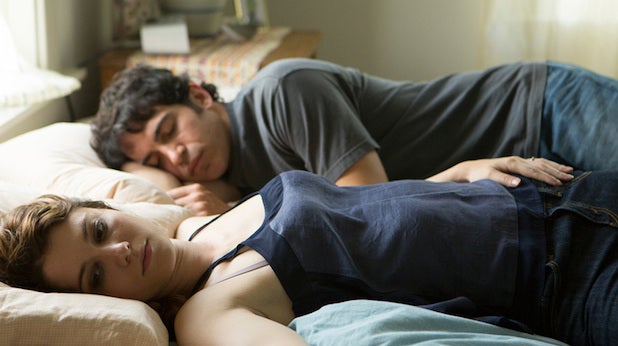 “Alex of Venice” is a drama that follows a workaholic environmental attorney named Alex Vedder (Winstead) who’s forced to reinvent herself after her husband (Messina) suddenly leaves the family. Dealing with an aging father (Johnson) who still aspires to succeed as an actor, an eccentric sister (Nehra) and an extremely shy son (Sklar Gaertner), Alex is bombarded with everything from the mundane to hilariously catastrophic events without a shoulder to lean on.  Realizing she will thrive with or without her husband, Alex discovers her hidden vulnerability as well as her inner strength as she fights to keep her family intact in the midst of the most demanding and important case of her career.

The indie movie previously played at the Tribeca, Seattle, and San Francisco Film Festivals, and is scheduled to continue on the festival circuit with stops at the Deauville, Napa Valley and Hollywood Film Festivals, before hitting theaters and VOD day-and-date in the first half of 2015.

“‘Alex of Venice’ features some of the strongest performances we’ve seen in a long time, which speaks highly to Chris’ direction. The talent showcased in this terrific film will last with audiences for some time after the credits roll,” said Seth Needle, director of acquisitions and marketing at Screen Media.

“I am thrilled to work with Screen Media on the release of my directorial debut, ‘Alex of Venice,'” added Messina.  “I’m grateful for their passion and commitment to our film and very excited to move ahead with them as our partners.”

Jamie Patricof and Lynette Howell produced “Alex of Venice,” which was executive produced by Samantha Housman and Louise Runge and co-produced by Crystal Powell.

The deal was negotiated by Screen Media president Suzanne Blech and Needle, with Marc Bortz and Kevin Iwashina of Preferred Content on behalf of the filmmakers.

The film was made by Electric City Entertainment, which previously produced “Half Nelson,” “Blue Valentine,” “The Place Beyond the Pines” and Tim Burton‘s upcoming Christmas Day release “Big Eyes,” which stars Amy Adams and Christoph Waltz.

“Alex of Venice” is the second Mary Elizabeth Winstead movie that Screen Media has acquired in recent weeks, as it will also distribute Riley Stearns’ psychological thriller “Faults.”