A day after actor Chris Noth was accused of sexual assault and inappropriate behavior by multiple women, the “Law & Order” and “Sex and the City” actor has been dropped as a client by A3 Artists Agency.

“Chris Noth is no longer a client,” an A3 representative told TheWrap Friday night. No further details about the split were provided.

The split with his agents is the latest bad news for the actor, who on Thursday was accused of sexual assault by two women in an article published by the Hollywood Reporter. One incident was said to have happened in 2004, the other in 2015.

Noth has strongly denied the accusations, saying in a statement that they were “made by individuals I met years, even decades, ago,” and that the accusations “are categorically false. These stories could’ve been from 30 years ago or 30 days ago — no always means no — that is a line I did not cross. The encounters were consensual. It’s difficult not to question the timing of these stories coming out. I don’t know for certain why they are surfacing now, but I do know this: I did not assault these women.” 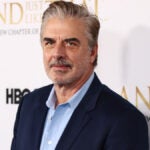 Later Thursday, actress Zoe Lister-Jones said in a statement posted to her Instagram account that Noth is a “sexual predator” who she had personally witnessed being “sexually inappropriate” to an employee of a nightclub he owned. Lister-Jones also said that when she appeared in an episode of “Law & Order: Criminal Intent” in 2005, Noth was visibly drunk on set and said inappropriate things to her.

Noth has not publicly commented on Lister-Jones’ accusations, but an individual close to Noth, speaking on a condition of anonymity, denied them on his behalf and called them “false and desperate.”