The cast and crew of “The Finest Hours” honored the people who made the film possible at Monday’s Hollywood premiere — members of the U.S. Coast Guard.

Pine snapped selfies with Coast Guard members while Stewart stood beaming on the red carpet with a large group of officers gathered behind him. 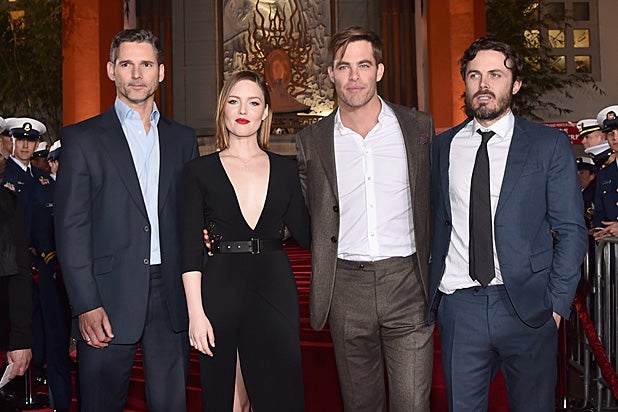 It tells the true story of the Pendleton rescue mission attempt in 1952 by Coast Guard ships after two oil tankers were split apart by a nor’easter storm.

It is based on the 2009 book by Michael J. Tougias and Casey Sherman. 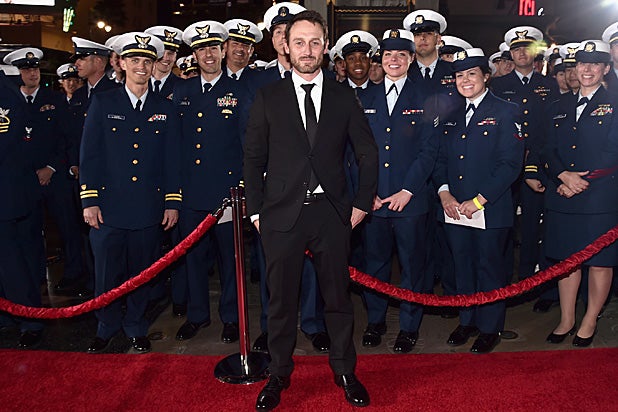 Josh Stewart with US Coast Guard at “The Finest Hours” premiere

The movie is set to sail into theaters on Friday, Jan. 29. 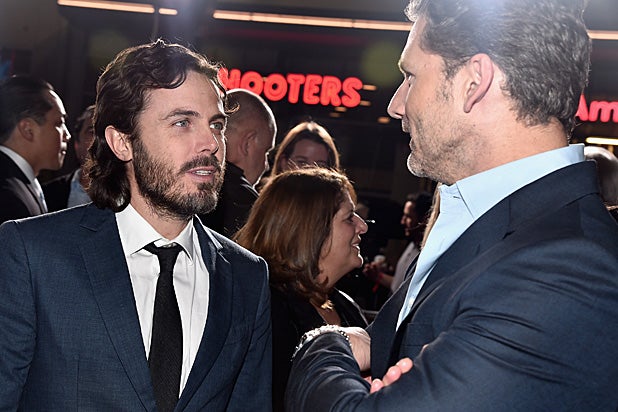 Casey Affleck and Eric Bana at “The Finest Hours” premiere