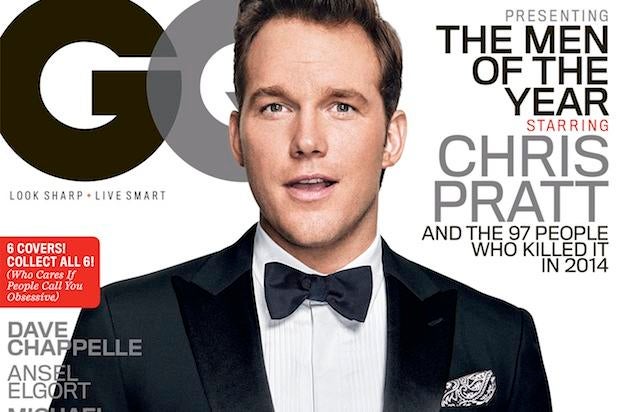 Chris Pratt went from comedy to action star over the summer when “Guardians of the Galaxy” became the highest-grossing movie of the year, and he expects to become a director soon, too.

“I have to get better at writing, because the stuff that I have written, no one bought,” Pratt continued. “Maybe they’ll buy it now, because they can put my name on it, but I’d be in a bad movie that I wrote. So I just want to make sure that I stay working hard. I think I will. I hope I will.”

Pratt’s last run as hilarious doofus Andy Dwyer on NBC comedy “Parks and Recreation” will premiere in early 2015. There will only be 13 more episodes, which might bum out a few fans, but satisfied Pratt.

“I think there’s a collective feeling that people are creatively spent. You kind of run out of ideas,” Pratt said. “You have to bring in a lot of guest stars and mix it up, and all of a sudden, ideas that might not have been good enough for season two–that’s our episode, you know?”

While Pratt plays a man-child who bounces thoughtlessly through the fictional town of Pawnee on the sitcom, he’s actually a responsible father of a two-year-old boy, Jack, with wife Anna Farris. “Sin City” star Mickey Rourke might think they’re bad parents, though, because he once shushed them on a flight when the baby was freaking out, as most babies do, at one point or another.

“Like SHHHH! Like he’s the baby whisperer. Like he’s gonna get the baby to stop crying when the baby’s mother can’t, just by aggressively shushing the baby,” Pratt recalled. “Motherfucker. I was like, ‘Damn, the fuckin’ ‘Wrestler’ shushed my baby.'”

The full issue hits national newsstands on Nov. 25. Check out Pratt’s cover below: