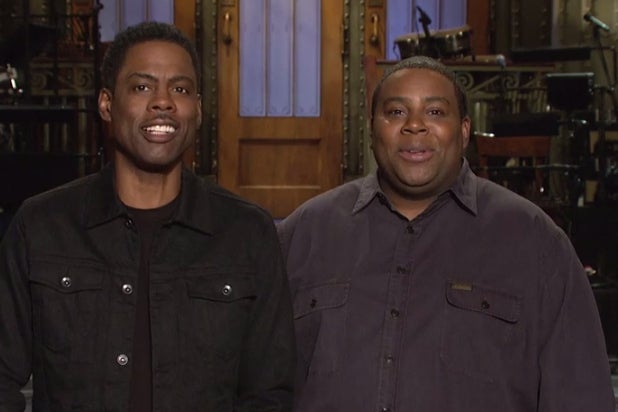 As per usual, the two hyped up the coming weekend’s show — which will be hosted by Rock and feature Prince as musical guest. The enigmatic guitarist/singer has not participated in the promos, though Rock and Thompson attempted to conjure him up from NBC headquarters.

“Legend has it that if you say his name three times sexy as hell, Prince will appear,” Rock said.

Try as they might, the rocker did not show up, leading Thompson to say, “I guess you ain’t sexy enough.”

Later, Thompson doesn’t quite give it up enough for the stand-up comedian’s abilities — the current “SNL” veteran is kind of just excited for Prince, who will be playing an unprecedented eight-minute-long jam session on the NBC late-night show tomorrow.