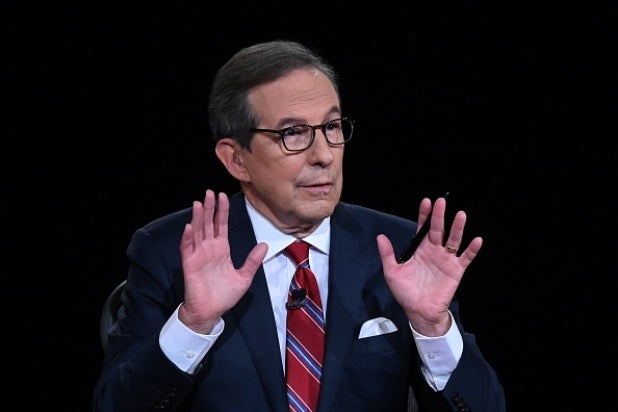 Fox News’ Chris Wallace was slammed on social media for his moderating performance at Tuesday’s debate between Biden and Trump.

“What is Chris Wallace doing? He has no control over this debate. He asks a question and lets Trump continue yelling. This is a disgrace,” Joe Scarborough tweeted.

Throughout the chaotic night, which was marked by repeated interruptions and crosstalk, Wallace appeared to struggle to gain control over the conversation; at one point, Chris Wallace scolded Trump directly for continuing to interrupt.

“The country would be better served if we allowed both people to speak with fewer interruptions. I’m appealing to you, sir, to do that,” Wallace said to Trump.

“And him too,” Trump responded, referring to Biden.

FUCK YOU CHRIS WALLACE I SHOULD HAVE MODERATED THIS FUCKING THING

What is Chris Wallace doing? He has no control over this debate. He asks a question and lets Trump continue yelling. This is a disgrace.

No matter how humiliated Chris Wallace feels. It’s not enough.

It's not over, but I can say pretty conclusively that Chris Wallace lost tonight's debate.

Oh my God.
Chris Wallace has totally lost control of this thing.
He’s allowing Trump to behave like schoolyard bully, completely disrespecting the millions of Americans who tuned-in hoping to see a debate of ideas, and a plan to move America forward.

This entire #PresidentialDebate is out of control. @JoeBiden can’t finish a single sentence before the petulant child known as @POTUS @realDonaldTrump interrupts. #ChrisWallace needs to do something…cut #Trump’s mic and stop the nonsense!

Chris Wallace is shamelessly biased. It’s a beautiful demonstration of fake news in action. I’m actually glad it’s happening, because you can see it for yourself.

Apparently not only Donald thinks Joe Biden is currently the president. Chris Wallace does, too.

#ChrisWallace is a horrible moderator even though he is trying to be fair.