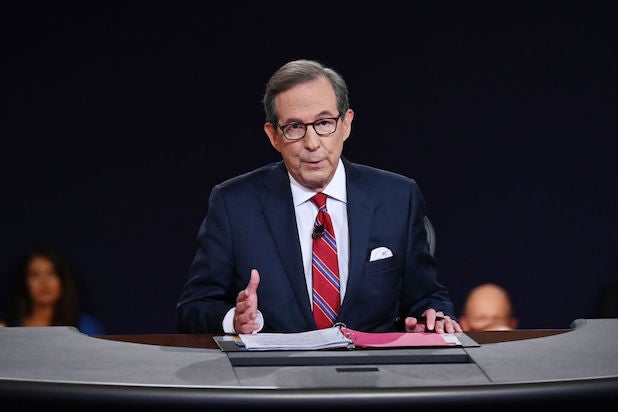 Fox News’ Chris Wallace said he’s “never been through anything” like the first debate on Tuesday between Joe Biden and Donald Trump and reflected on the “desperation” he felt from the moderator’s seat to gain control over the evening.

“I’m a pro. I’ve never been through anything like this,” Wallace told the New York Times on Wednesday. “I never dreamt that it would go off the tracks the way it did.”

The Fox News anchor, who flew home from Cleveland immediately after a debate, said he has since been doing “a certain amount of soul-searching” about an event he called a “terrible missed opportunity.”

“I’ve read some of the reviews, I know people think, Well, gee, I didn’t jump in soon enough,” Wallace said. “I guess I didn’t realize — and there was no way you could, hindsight being 20/20 — that this was going to be the president’s strategy, not just for the beginning of the debate but the entire debate.”

Also Read: Trump Campaign Says Rules of Debate Shouldn't Change 'In the Middle of the Game'

Throughout the first debate, Wallace appeared to struggle to gain control over the conversation, leading some pundits to offer blunt criticisms of the anchor on social media.

“What is Chris Wallace doing? He has no control over this debate. He asks a question and lets Trump continue yelling. This is a disgrace,” MSNBC’s Joe Scarborough tweeted on Tuesday night.

Still, some commentators were more sympathetic to Wallace, particularly given that he was unable to mute or cut off any of the candidates’ microphones and because Trump repeatedly failed to follow the debate rules with his frequent interruptions.

“I got to say, Chris Wallace, you know, you held your own because you couldn’t get down in the dirt with them. You couldn’t yell at them. You couldn’t shut off the mic,” Whoopi Goldberg said on Wednesday’s “The View.” “I understand, I know how you felt, because sometimes you just want to go, ‘You know what? Shut up.’ You can’t do it.”

“The 90-minute debate fell, almost immediately, into chaos and cross-talking, not because Wallace isn’t a capable broadcast interviewer but because Trump was out of control,” The Washington Post’s Margaret Sullivan wrote in a column shortly after the debate. “Wallace needed, at the very least, a mute button. Maybe something stronger. A penalty box? A stun gun?”

Fox News also issued a statement in support of its star: “We are extremely proud of his professionalism, skill and fortitude in a unique situation while doing everything possible to hold both candidates accountable. No moderator could have managed a debate of that magnitude better than Chris.”

On Wednesday, the Commission on Presidential Debates commended Wallace for his “professionalism” and promised changes to the format and procedures of the remaining debates. CBS News reported that the commission will cut the mic of any candidate who interrupts an opponent during his allotted speaking time.

But Wallace himself was unsure whether the night would’ve gone smoother if he could have cut the candidates’ microphones. “Even if the president’s microphone had been shut, he still could have continued to interrupt, and it might well have been picked up on Biden’s microphone, and it still would have disrupted the proceedings in the hall,” Wallace told the Times.

Wallace also offered advice to C-SPAN’s Steve Scully and NBC News’ Kristen Welker, moderators for the upcoming debates. “If either man goes down this road, I hope you’ll be quicker to realize what’s going on than I was,” Wallace said. “I didn’t have that advance warning.”