Chris Webber has exited his longtime post at TNT ahead of next week’s NBA playoffs, an individual with knowledge of the situation told TheWrap.

The former NBA All-Star has been an analyst with the cable network since 2008, joining the Turner Sports team shortly after the conclusion of his professional basketball career.

According to the The New York Post, which was first to report Webber’s exit from TNT on Thursday, there were no contract negotiations between the in-game analyst and the cable network ahead of his exit. Per the Post’s source, it is believed TNT did not want Webber to return and neither did he. 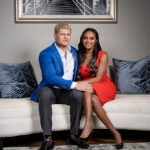 Webber was not partnered with fellow TNT analyst Marv Albert for Thursday’s Philadelphia 76ers-Miami Heat game, which marked the last regular season broadcast of the season ahead of the playoffs on May 22. Instead, Reggie Miller took his place calling the game with Albert.

It is currently unclear who will take Webber’s place as TNT heads into the NBA playoffs next week.

TNT did not immediately respond to TheWrap’s request for comment Friday regarding Webber’s exit.

Webber is a five-time NBA All-Star, a five-time All-NBA Team member and a former NBA Rookie of the Year. He was the No. 1 overall NBA draftee in 1993, drafted by the Orlando Magic, who immediately traded him to the Golden State Warriors. Throughout his 15-season career, Webber also played for the Washington Bullets, Sacramento Kings, Philadelphia 76ers and Detroit Pistons.