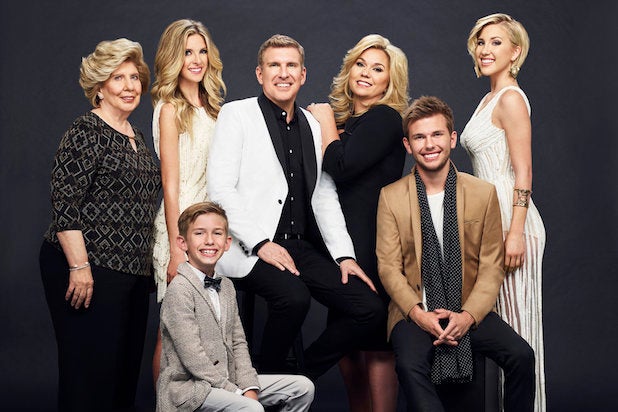 The Chrisley family’s programming slate is growing, with “Chrisley Knows Best” renewed for a seventh season and a spinoff, “Growing Up Chrisley,” greenlit by USA, the network announced Tuesday.

Per USA, the 16-episode spinoff will center on Chase and Savannah Chrisley as they road trip from Nashville to Los Angeles and attempt to break out on their own in the big city, with Season 7 of “Chrisley Knows Best” will continue to follow Todd Chrisley and his family throughout its 26-episode order. Both are set to air in 2019.

Meanwhile, the back half of Season 6 of “Chrisley Knows Best” will premiere November 28 at 9/8c, with two back-to-back episodes.

“Todd Chrisley and his entire family have opened their home and hearts to America, and we are so happy to be able to continue to grow, love and laugh with them,” said Heather Olander, senior vice president, alternative development and production, USA Network. “In ‘Growing Up Chrisley,’ Chase and Savannah are trying to make it on their own in a new city – but no matter what, they will always make their way back home. That’s why fans will be sure to see both of them in the new season of the flagship series as well.”

The second part of “Chrisley Knows Best” Season 6 will premiere Nov. 28 at 9/8c,