Chrissy Teigen is struggling with being on social media less after receiving backlash for past comments. The author and TV personality took to Instagram on Wednesday night to vent some of her frustrations.

“Iiiii don’t really know what to say here…just feels so weird to pretend nothing happened in this online world but feel like utter s— in real life,” Teigen began the caption, attached to a photo of her sitting on the couch.

“Cancel club is a fascinating thing and I have learned a whollllle lot,” Teigen continued. “Only a few understand it and it’s impossible to know til you’re in it. And it’s hard to talk about it in that sense because obviously you sound whiney when you’ve clearly done something wrong. It just sucks. There is no winning.”

Teigen came under fire on social media in May, after reality star Courtney Stodden claimed that Teigen had bullied them and sent death threats over their marriage to then 51-year-old actor Doug Hutchison (Stodden was just 16 at the time). In response, Teigen publicly apologized twice, acknowledging the hurtfulness of her words, before taking a step back from social media. 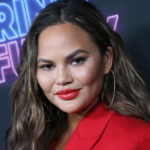 As a result of the incident resurfacing, Teigen lost deals with major brands carrying her cookware, as well as a voiceover job with Netflix on “Never Have I Ever” — though she left the latter of her own accord. (Gigi Hadid was announced as Teigen’s replacement on Thursday morning).

“If you or someone you know has also been cancelled please let me know if there is a cancel club reunion because I could use some time off my couch!” Teigen added in her caption.

In her post, Teigen also lamented that no matter what she said, she knew that it was “gonna get brutally picked apart.” And indeed, people on Twitter had some blunt responses.

Others were more sympathetic to her mental health struggles.