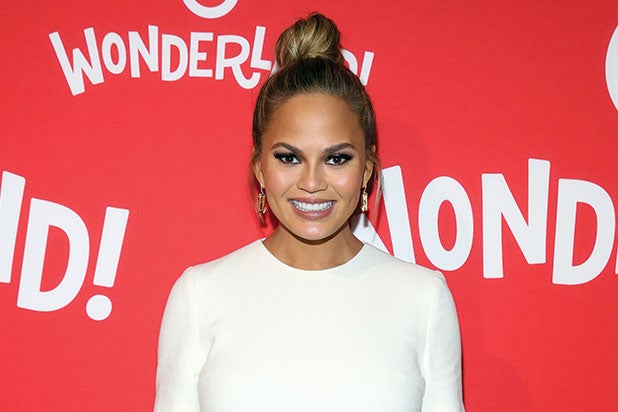 Oh, dear; it appears that Chrissy Teigen has really stepped in it this time.

“Lip Sync Battle” personality Teigen took to Twitter on Friday to say that she had been reported as potentially suicidal, after posting a tweet disparaging the aesthetics of men wearing sandals.

She also asked people to, um, not do that in the future.

“John” would be her husband, singer John Legend.

The request was accompanied by a screen shot of a message reading, “Hello christine teigen, We’re writing to you because a concerned individual has recently alerted us to potentially suicidal or self-harming comments posted on your account.”

Friday’s request came after Teigen tweeted a number of messages expressing her dislike for how men’s sandals look. One such missive came in response to a query from another Twitter user, who asked, “Does John like to wear sandals?”

“Sure, on the beach, and despite loving him more than I knew I was capable of loving someone, I still want to die,” Teigen replied.

Aside from being reported to Twitter over her anti-sandals agenda, Teigen was also contradicted by none other than Legend himself, who posted a tweet insisting, “I don’t wear sandals! I have tried them before and found they make every outfit worse. At least for me. But carry on with your sandals, everyone!”

please stop reporting me for saying I want to die when John wears sandals pic.twitter.com/CsobDs4rAJ

Sure, on the beach, and despite loving him more than I knew I was capable of loving someone, I still want to die https://t.co/oiMMBAnA3J