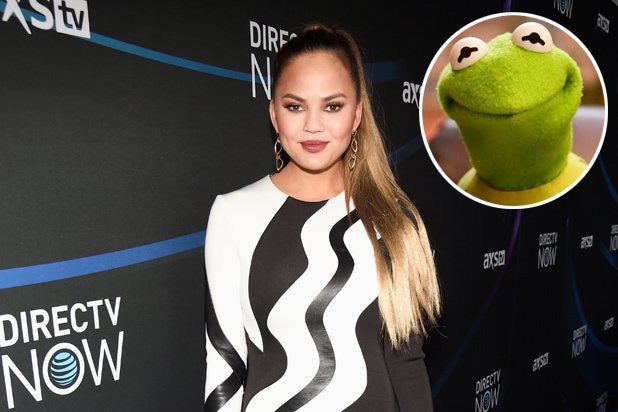 Sounds like Chrissy Teigen might have gotten under Kermit the Frog’s skin a little bit, figuratively if not literally.

The “Lip Sync Battle” host and the “Sesame Street” icon got into a mild social-media spat on Thursday, after Teigen declared that she was glad she never had the famous frog’s image permanently inked onto her body.

The semi-heated back-and-forth began when Teigen told her 7.5 million Twitter followers that she dodged a lifetime of regret when she opted not to get a Kermit tattoo when she was younger.

“What is a tattoo you wanted when you were younger but, thankfully, never got? Mine is Kermit,” Teigen tweeted.

Kermit, possibly already aggravated by decades of shoddy treatment from Miss Piggy, wasn’t having it. On Thursday, he jabbed back, declaring, “Whew! Glad to hear it. Now I don’t feel so bad about not getting that @chrissyteigen tattoo.”

The retort didn’t go unnoticed by Teigen, who later wrote, “I think Kermit just low key dissed me I love him even more now.”

Good to know that Teigen can take a little bit of needling in stride.

Whew! Glad to hear it. Now I don’t feel so bad about not getting that @chrissyteigen tattoo. https://t.co/GGw5qFsxDG

I think kermit just low key dissed me I love him even more now https://t.co/A79dpSb5QK